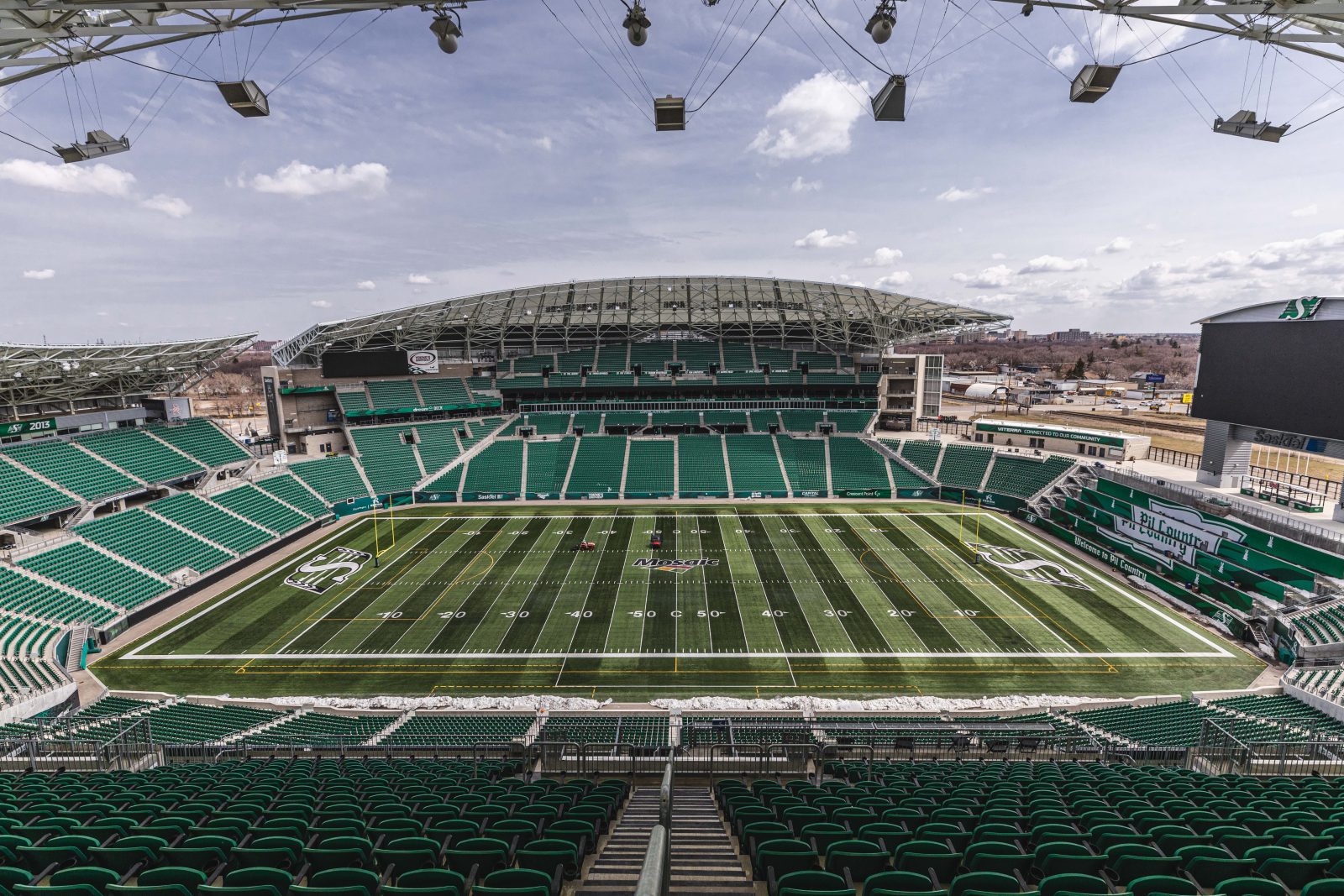 We start the journey to the 2022 Grey Cup by asking the fans to “BRING IT” to our home opener against the Hamilton Tiger-Cats. Let’s start the season off right and keep it going all the way to Grey Cup!

Kickoff is at 5:00 p.m., with doors opening at 3:30 p.m. Get to your seat early to catch the 620 CKRM Pep Band perform on the field in celebration of their anniversary and watch our all-new opening hype video. You will definitely want to be in your seat when the team takes the field to see the debut of our new ‘Bring Em Out’ experience!

In addition, every fan in attendance will receive a magnetic fridge schedule at the gate to keep track of all our games this season!

Coors Light Party in the Park is officially back and it opens at 2:00 p.m.! The fun-for-all-ages event will have inflatables, face painting, a balloon artist, performances from the 620 CKRM Cheer Team and the Coors Light Stage with DJ Tolley T! Keep an eye out for Gainer and the 620 CKRM Pep Band! New this year? The entire area is fully licensed.

The Pepsi Summer Concert Series kicks off with a halftime performance from Canadian country music star Tyler Joe Miller! Miller is known for his 2019 gold-certified debut single, ‘Pillow Talking,’ as it became his first #1 single on the Billboard Canada Country chart. He followed it up with ‘I Would Be Over Me Too,’ which also reached #1 on the Canadian country charts. Most recently, he was named SiriusXM’s 2021 Top of the Country winner and is winning hearts with his new single called ‘Wild as Her.’

After the game, fans are welcome to come down to the field to have fun with their family and friends! Once players and coaches have cleared the field, fans can get field access from Pil Country or Section 124. Come take advantage of this rare opportunity to create even more memories after the game!

Your phone is your ticket! Don’t forget to download the Rider App, powered by SaskTel, onto your smartphone and have your digital tickets ready before you come to Mosaic Stadium. We promise it’s easy, but we created a tutorial video here and have a full FAQ and written tutorial at Riderville.com, just in case!

In transit? Whether you arrive at the stadium on four wheels or two, there are options available! The bike valet opens at 3:00 p.m. on game day and is staffed by volunteers through REAL. The bikes are inside a fenced compound that is monitored throughout its hours of operation. Please note that your bike must be picked up within one hour after the game ends.

All the stars of the Green and White are ready for week one of the CFL season! Catch fan favourites Cody Fajardo, Duke Williams, and Dan Clark as they aim to get the offence off to an explosive start. Keep an eye out for newcomers Jakob Prall and running back Frankie Hickson to make their debut in Rider green.

On the other side of the ball, expect Mike Edem, Nick Marshall, AC Leonard to continue wreaking havoc on defence. Fans will  get their first glance at Charleston Hughes since he returned to Saskatchewan this spring and will receive a proper introduction to new linebacker Darnell Sankey, who earned five defensive tackles, one quarterback sack and one fumble recovery in the preseason game against B.C.

Fans will also see the new rule changes in action, including the hashmarks being moved four yards closer to the middle.