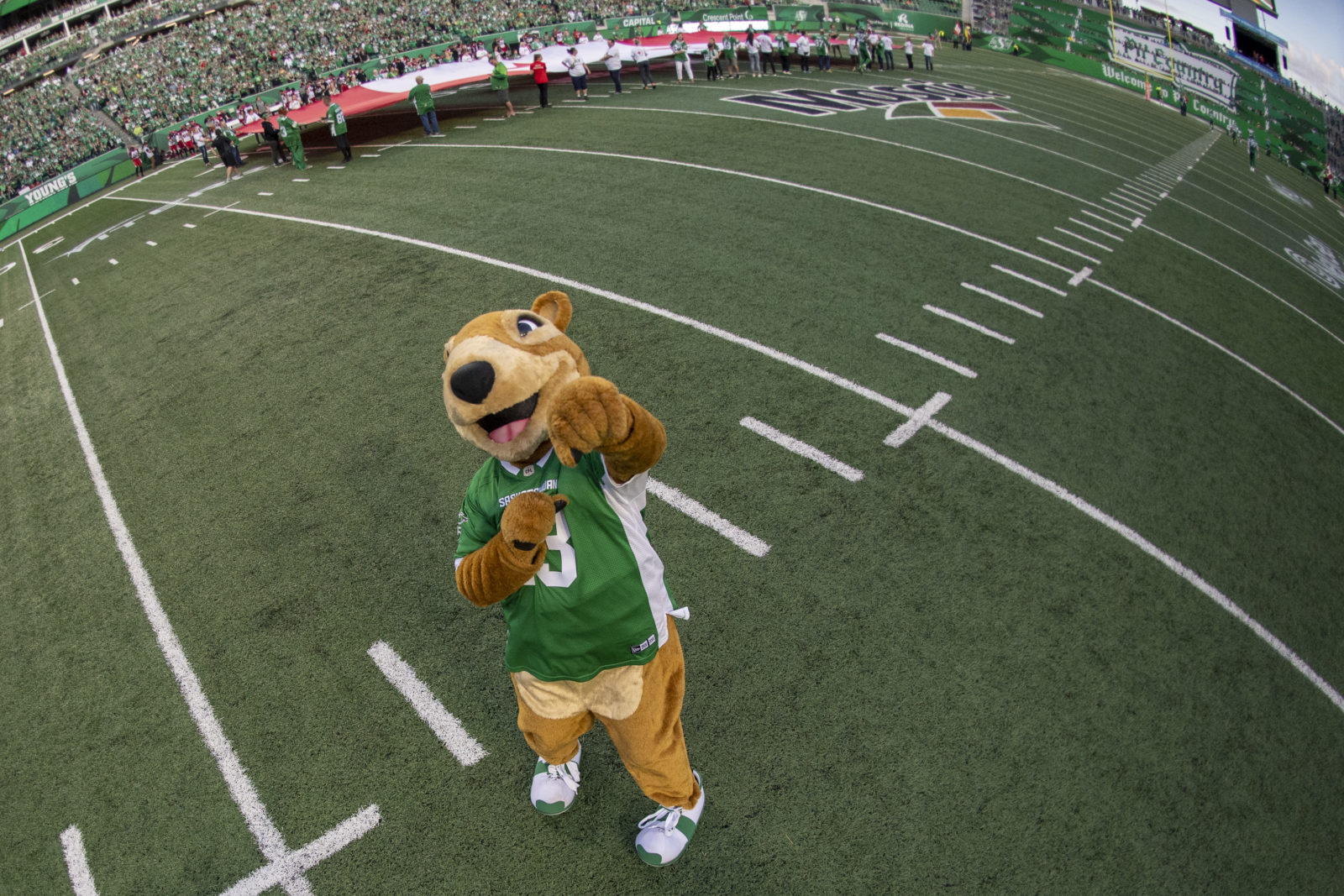 Gainer the Gopher has been a member of the Green and White family for over 30 years now. In that time he has become a Saskatchewan icon while continually breaking down the barriers between man and rodent.

Gainer was one of 38 children born to Dwayne and Agnes Gopher, owners of a small trenching and excavation company in Parkbeg, Saskatchewan. Although his parents always knew Gainer was different from his siblings, they never in their wildest dreams ever expected one of their own to become a true Saskatchewan icon. 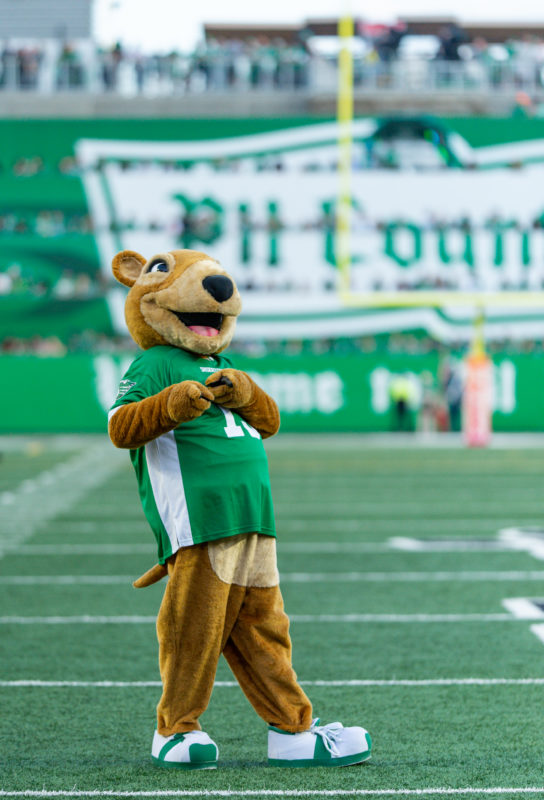 Back in 1977, Gainer bought a ticket to see his favourite football team play for the very first time. Immediately after entering the stadium, the lovable gopher knew he had found his destiny. After leading the crowd in a variety of cheers that day, the Roughriders hired Gainer on the spot and the rest is now history.

Since that special day, Gainer can always be found rallying the fans at Mosaic Stadium. His energy, his enthusiasm and his dance capabilities still remain unmatched by any other CFL mascot. His ingenuity continues to break new ground and in the end, Gainer the Gopher continually proves that he truly is one of a kind.

Over the years, Gainer has grown and evolved into a high-spirited rodent for all to love and in 2006 another important transition took place. It was then that Gainer the Gopher first donned his new jersey bearing the number 13. This was an honour for Gainer as it made him the ambassador for all Saskatchewan Roughrider fans who are the ever-important 13th man.