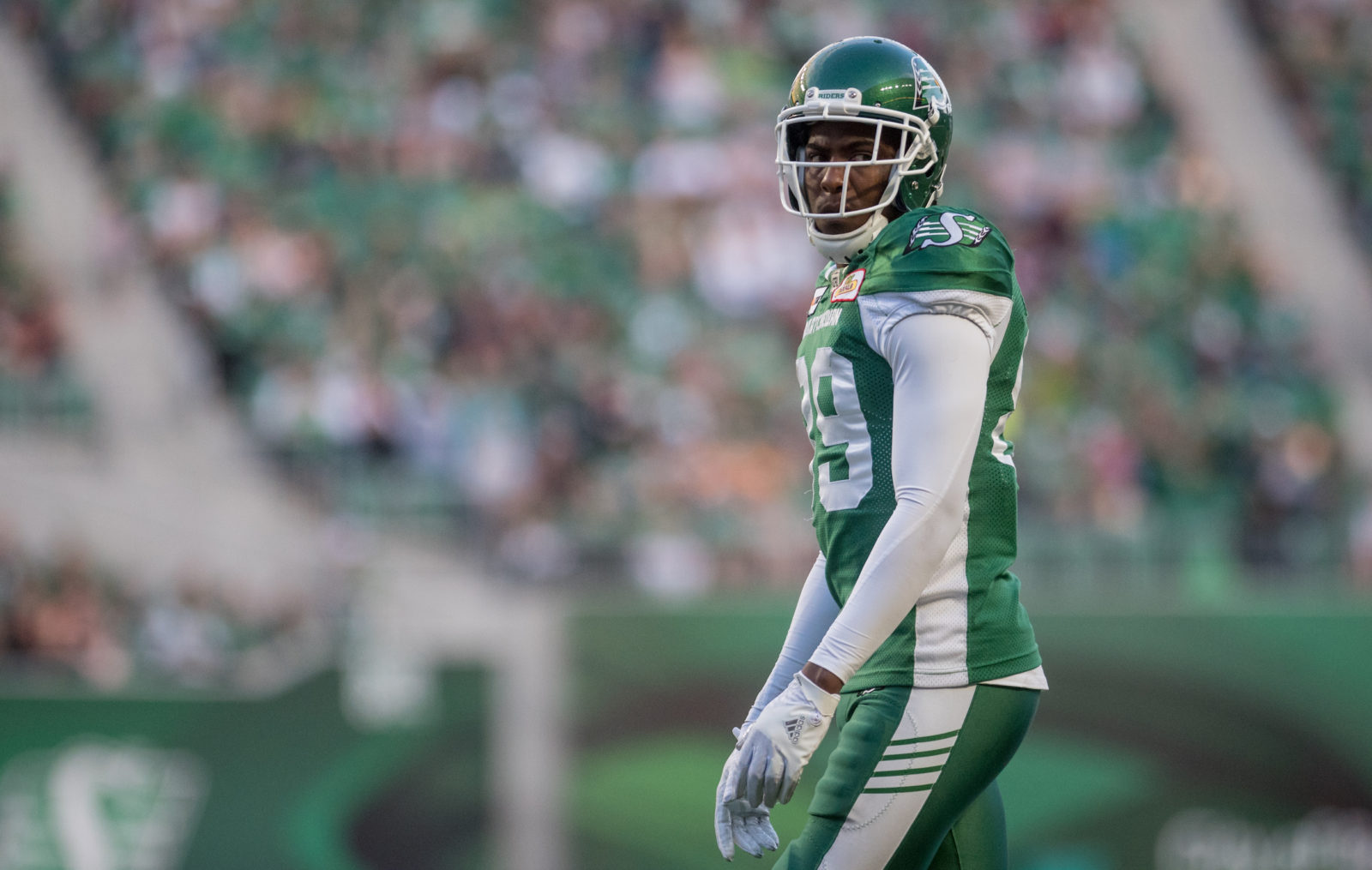 After doing so, the Roughriders’ head coach, general manager and vice-president of football operations decided to say bye to Duron Carter. The 27-year-old receiver/cornerback was released Saturday evening.

“We’re constantly evaluating our roster, our team and the way we do things, processes and coaching, the things that we do at practice,” Jones said during a media conference Sunday at Mosaic Stadium. “Upon that evaluation, we made the decision that we’re going to go in a different direction from Duron. 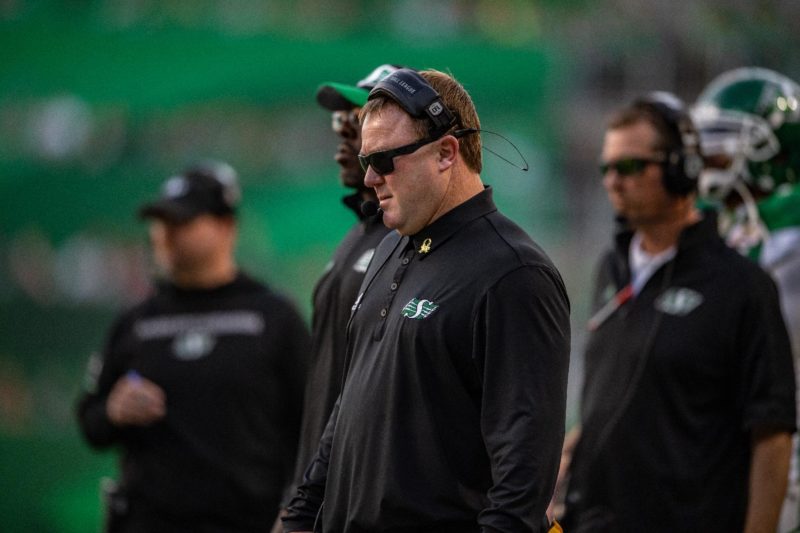 “We made the decision, I went back and forth in my mind and yesterday, at about halftime of the game (between the Montreal Alouettes and Ottawa Redblacks), decided to go ahead and call him and alert him that that was the direction we were going.”

Jones said there “wasn’t any one particular deal” that led to the release of Carter, who was named the team’s most outstanding player in 2017. But Jones declined to get into specifics when asked why Carter was let go.

“We’re not here to put a guy on trial,” Jones said. “We released a very good player who I think will end up (somewhere). He’s going to land on his feet. We decided to go in a different direction for our football team.”

The Roughriders signed Carter in January of 2017 after he spent parts of three seasons with Montreal. In 40 games with the Als, Carter showed his ability by catching 185 passes for 2,877 yards with 17 touchdowns.

But he also was involved in a number of incidents, from bumping into Ottawa head coach Rick Campbell during a game to getting into a shouting match at practice with then-Als quarterback Rakeem Cato.

Montreal released Carter in October of 2016 and he signed with Saskatchewan three months later.

The Roughriders were well aware of Carter’s history, but they felt he was worth the risk. The 6-foot-5 receiver delivered in 2017, leading the team with 1,043 receiving yards on 73 catches and tying for the team lead with eight receiving TDs en route to being named a CFL all-star.

He also got some action at cornerback and, most notably, recorded a 43-yard interception return for a touchdown against the Calgary Stampeders on Oct. 20.

Carter had some interesting moments off the field, too, from interactions on social media to paying for 26 Roughriders fans to attend a movie in Toronto prior to the Eastern Final.

When the Roughriders announced on Feb. 12 that they had signed Carter to a one-year contract extension, Jones admitted there were things that went along with coaching the player.

That said, Jones vowed that he and Carter would try to work through whatever issues arose. Last season, they met every day — but that practice stopped in 2018.

“We did that last year and it worked good, but guys get older and they mature and you have to stand on your own two feet,” Jones said Sunday. “I wanted to treat Duron as a mature football player and the decision we made this year was to not meet every day.

“We had meetings periodically but it wasn’t on an every-day basis.”

Carter was a fan favourite in Saskatchewan, but his stay wasn’t without its problems.

In October, he and practice-roster player Sam Williams got into a fight during a practice. In the off-season, Carter was arrested twice on marijuana possession charges (one is still before the courts; he pleaded guilty to the other and received an absolute discharge).

On the field, he started the season as a receiver before starting five games at cornerback due to an injury to Nick Marshall. As a DB, Carter recorded 13 tackles, two pass knockdowns and an interception return for a TD.

He returned to receiver for the Roughriders’ game Aug. 2 against the host Edmonton Eskimos and caught three passes for 59 yards with a 41-yard TD. But he complained afterwards about not getting the ball and, on a few plays during the game, threw up his arms in frustration.

“I don’t like watching the game,” he said after Saskatchewan’s 26-19 loss. “That was part of my reservation of going back on offence from the get-go. 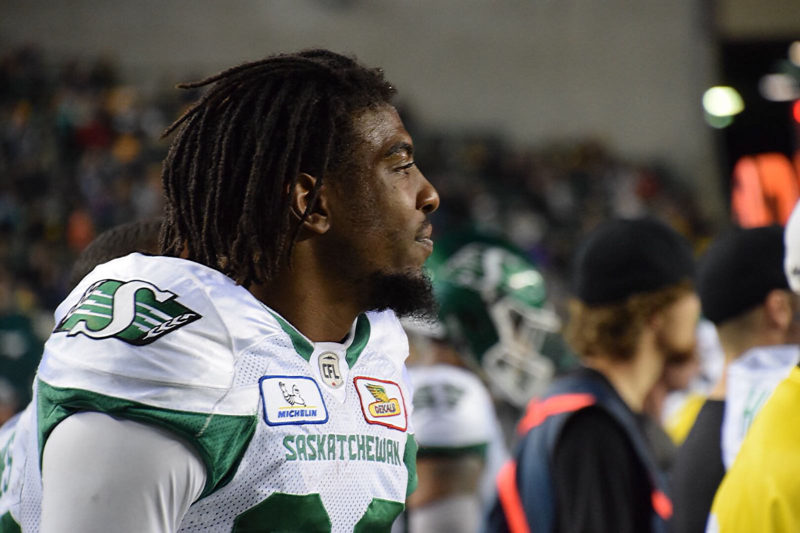 “If that’s what everybody wants — for me to touch the ball three times and watch the rest of the game — and they think that’s what’s going to win the game, I don’t know what to tell them.”

Carter had eight catches for 111 yards and one touchdown this season with the Roughriders, who moved Shaq Evans into Carter’s spot while he played DB. With Carter’s departure, Caleb Holley will reclaim his starting slotback spot for Saskatchewan’s Aug. 19 meeting with the visiting Stampeders.

There had been speculation that Jones’ workout of former NFLer Terrell Owens last weekend led to the decision to release Carter, but Jones nixed the idea Sunday.

“That (workout) had nothing to do with it,” he said.