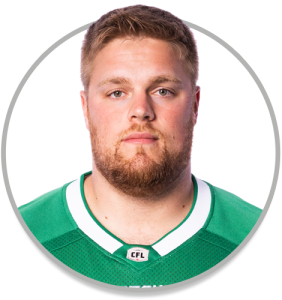 ACQUIRED: Signed with the Riders in December 2019.

2022: Played and started 16 games, primarily at left guard. Started one game at centre in Week 8 vs. the B.C. Lions. Ferland was the Riders nominee for the CFL’s Most Outstanding Offensive Lineman Award.

PRO: Signed contract extension in December 2021. Added to the Rider practice roster as a territorial junior. In 2019, Ferland spent the season on the Riders practice roster. Played all fourteen regular-season games, started at left guard for 13, then moved to centre for the final regular-season game of the year. Started at left guard for the West Semi-Final and West Final.