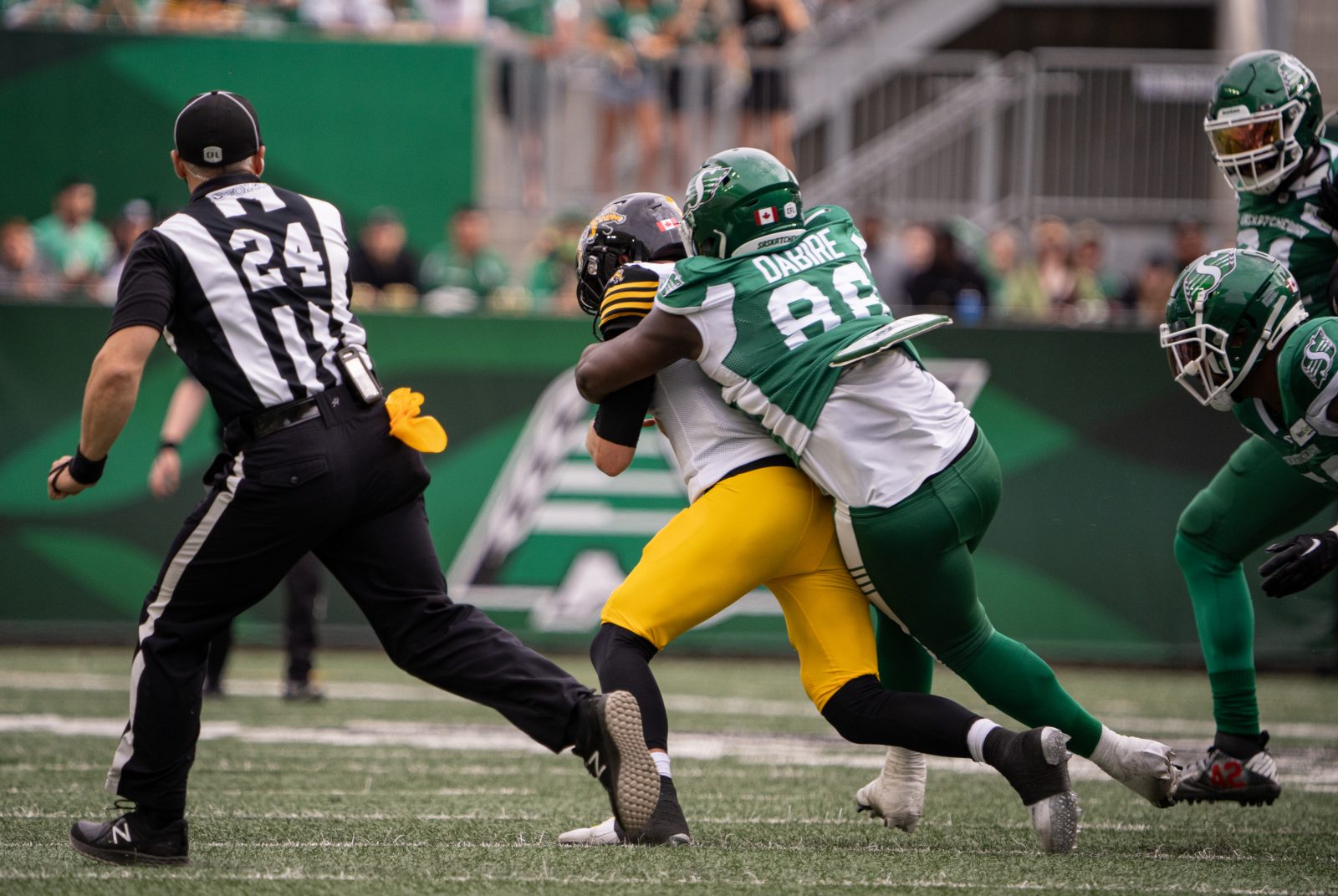 Dabire (6’1-290) rejoins the Roughriders after posting a career-high season in 2022, suiting up for 15 games and recording 10 defensive tackles, one tackle for loss and two sacks.

The 25-year-old was selected by the Riders in the 5th round, 44th overall, of the 2019 CFL Draft and has played 37 career regular season-games and three playoff games. Over three seasons in Green and White he’s registered 24 defensive tackles, one special teams tackle and four sacks.

Dabire spent three collegiate seasons at Wagner College in New York and was named team captain in 2018. In 33 games played he recorded 73 tackles, 8.5 tackles for loss, one forced fumble, two sacks and returned a blocked kick for a touchdown.