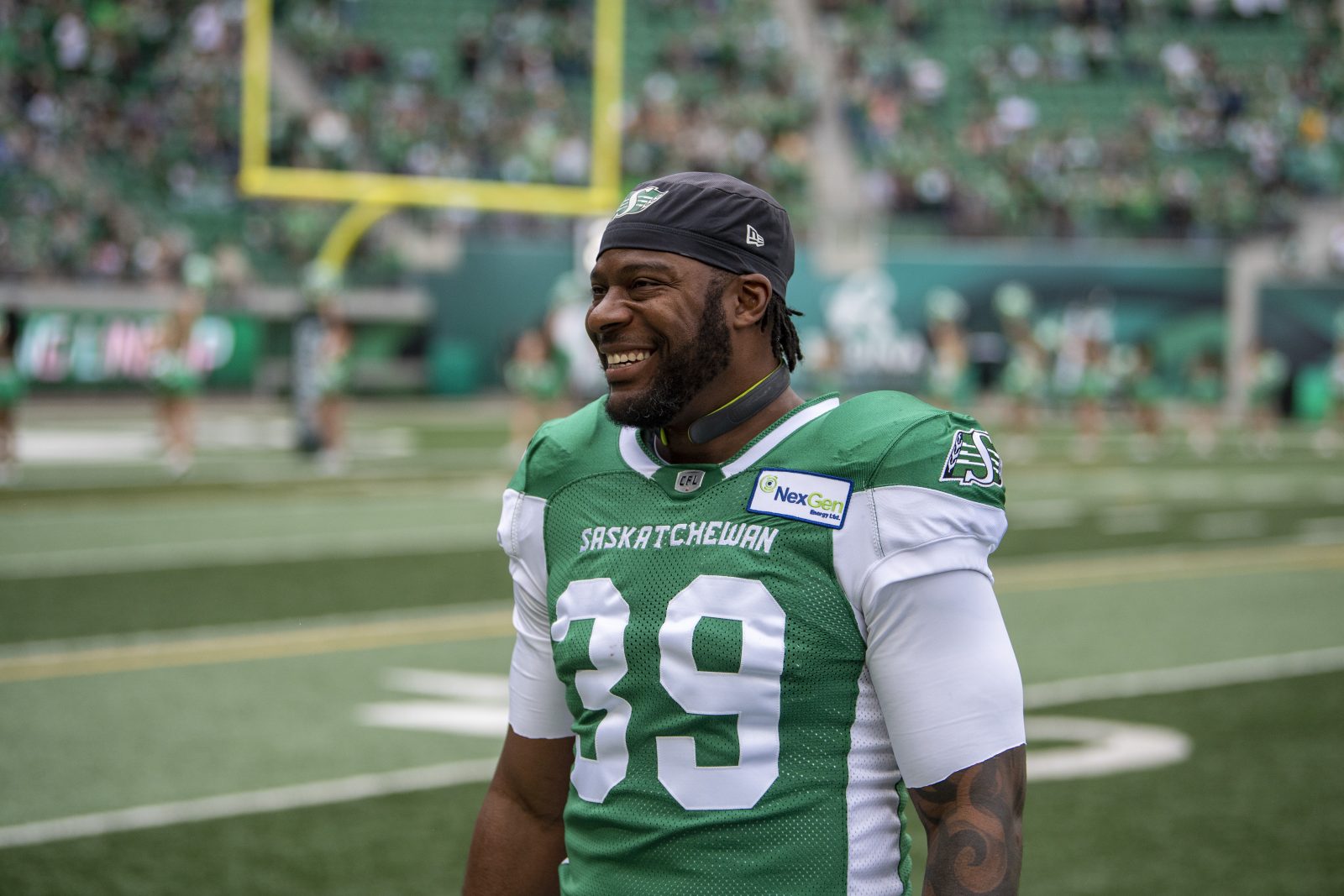 Charleston Hughes is setting his sights even higher on the CFL’s all-time quarterback sacks leaderboard.
Last Saturday, the 38-year-old defensive lineman moved into sole possession of the No. 5 spot after taking down Winnipeg quarterback ⁠– and former Riders teammate ⁠– Zach Collaros for his 136th CFL sack.

“It’s one of my goals, it’s one of the things that I am striving for. So, any opportunity that I get on the field, you know, I’m trying to maximize that opportunity as much as possible,” Hughes said Wednesday.

“I’ve seen a lot of stuff over the years. I’ve seen every play come my way and there’s nothing that I can’t, you know, distinguish on the field. So, the thing that makes me who I am is just knowledge.”

The Saginaw, Michigan product started this season seventh on the all-time sacks list with 132. Two of those registered as a Toronto Argonaut in 2021, and 99 as a Calgary Stampeder from 2008-2017.

In Green and White, Hughes has recorded 35 quarterback sacks – four of those through his six games played in 2022.

“Any time you’re in the top ten, in anything career wise, it means you’ve had a Hall of Fame career,” said Saskatchewan Roughriders head coach, Craig Dickenson.

“I’m proud of Charleston. He just keeps coming to work every day. Hasn’t missed a single day of practice this year. He puts in the work and the effort and is rewarded by it.” 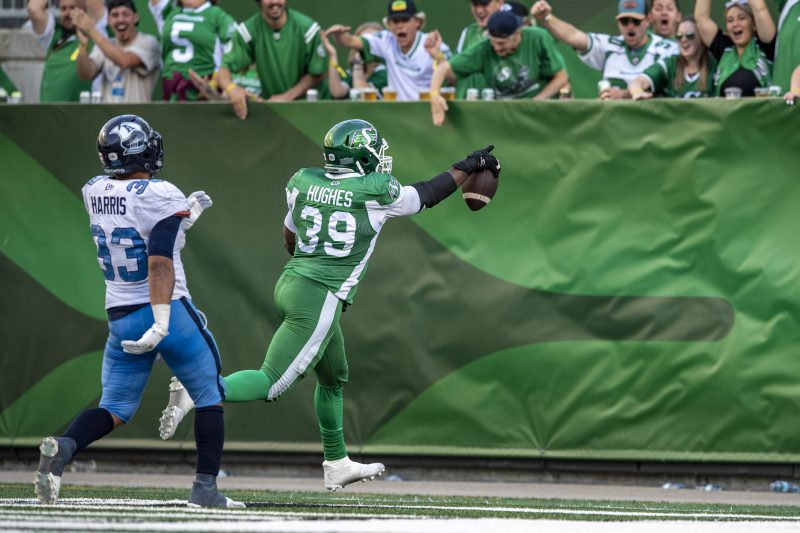 Hughes is unable to tie for fourth all-time, as James “Quick” Parker registered 139.5 sacks over his 185-game CFL career with Edmonton, BC and Toronto from 1980-91. The CFL counted half sacks for four seasons, 1981-1984, when two players simultaneously made the tackle.

Jurasin played for the Green and White from 1986-97, earning a Grey Cup ring in ’89, before closing his CFL career with the Toronto Argonauts in 1998.

Sitting atop the all-time CFL sack leaders in first and second places, respectively, are defensive ends Grover Covington (157 sacks in 168 games played) and Elfrid Payton (153 through 205). Covington played for Hamilton from 1981-91, while Payton played for six different CFL teams, including two American franchises, from 1991-2004. 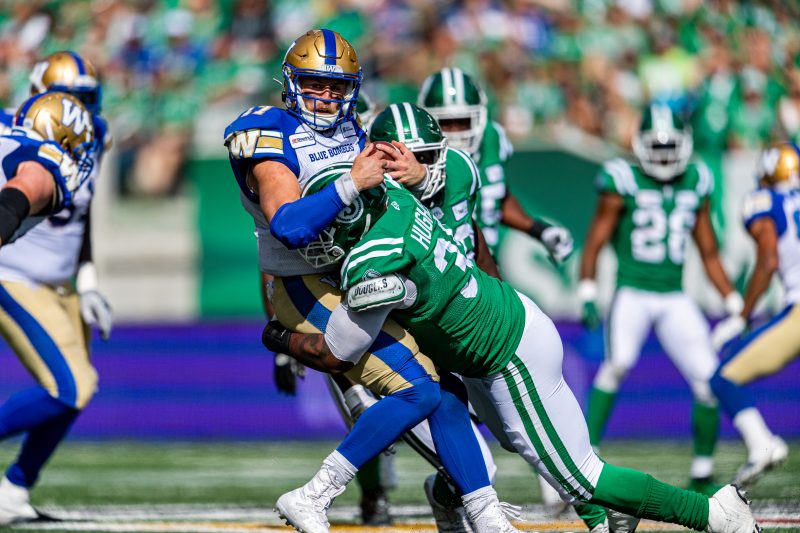 Friday’s home game against the Edmonton Elks will mark Hughes’s 200th in the CFL. It’s an achievement he wasn’t aware of until asked this week to reflect on his time in the league.

“Just knowing that I made it to 200 games, that’s a big accomplishment,” he said. “That’s something that, you know, a lot of people haven’t done in this league. And a lot of people look forward to doing so. Now that I’ve got that? More to come.”

At 38 years old, Hughes is the oldest player on the current Saskatchewan Roughriders roster. It’s a point of pride for the family man, who beams when talking about his play this season.

“I feel amazing. I mean, you’re only as old as you feel. Every time I get my opportunity on the field, I still produce like I’m 28,” he said. “Nothing’s really holding me down right now.” 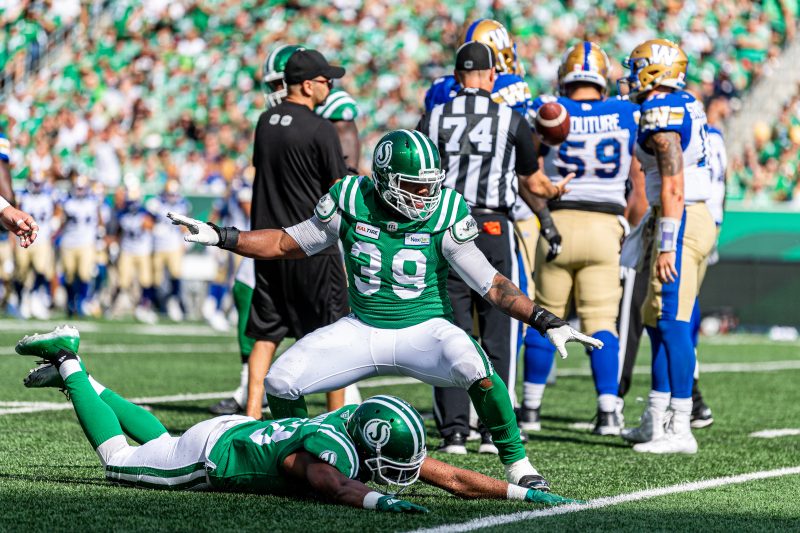 Riders fans especially are looking forward to seeing more of Hughes surfing on the turf.

After taking down a quarterback, the 6’1, 246-pound defensive lineman drops into a wide stance, knees bent, and moves his body as though he’s riding a wave. It’s a celebration he saw an NFL player do just once, during his time in Philadelphia.

“I was like, ‘I’m going to make that my thing.’ Nobody’s done it again unless they’re trying to mock me,” he laughed. “Surfing on the Prairies.”

Hughes will look to build on his career 481 defensive tackles, 39 special teams tackles and 136 sacks Friday night at Mosaic Stadium. He also has three interceptions, three touchdowns and 33 forced fumbles through 199 CFL games.

“Thanks to all the fans and the organization for giving me an opportunity to continue to play this game,” Hughes said.

“And thanks to our fans for having my back. For making all the cool photos and posters and stuff they have in the stands. You know, I do pay attention to all that stuff and I love the support.”

The Saskatchewan Roughriders (6-7) look to sweep their three-game regular-season series against the Edmonton Elks (3-10) Friday. Kickoff for the popular ‘Lights Out’ game is 7:30 p.m. at Mosaic Stadium. Fans should be in their seats by 7:15 for the pre-game light show and be prepared to stick around after to see the post-game fireworks.