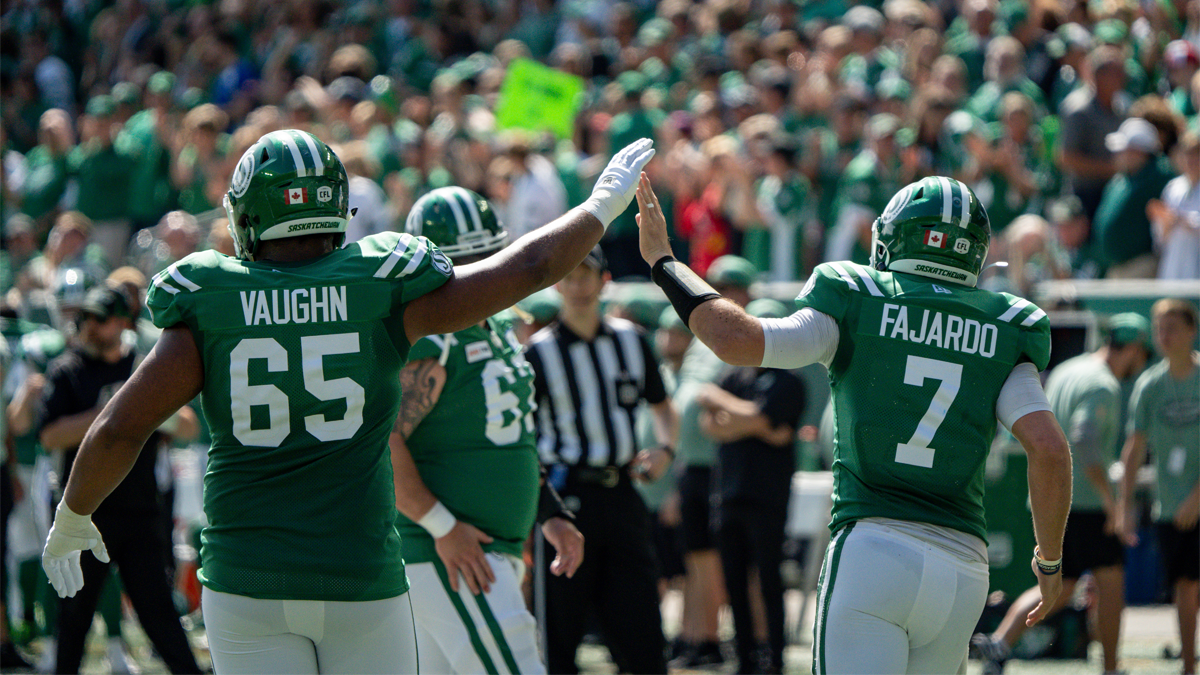 Vaughn (6’3-305) signs an extension to return Roughriders for the 2022 season. Vaughn initially signed with the Club in September of 2017, making his CFL debut on June 15, 2018, playing in seven games. Vaughn made 15 starts at left tackle in 2019, protecting quarterback Cody Fajardo’s blindside. That season, the offensive line allowed just 37 sacks while averaging 112.8 rushing yards per game and a league-high 26 rushing touchdowns. Vaughn missed the 2021 season with a shoulder injury.

The Texas native played four collegiate seasons at Stephen F. Austin State University (2012-15) and was part of an offence that averaged 427.9 yards and 28.7 points per game in his senior year and 460.8 yards per game in his junior year. Vaughn played in a total 46 games as Lumberjack, earning a starting position as freshman. In 2014 he was an All-Southland Conference honourable mention.