Morris: Lauther is prepped and itching to kickoff 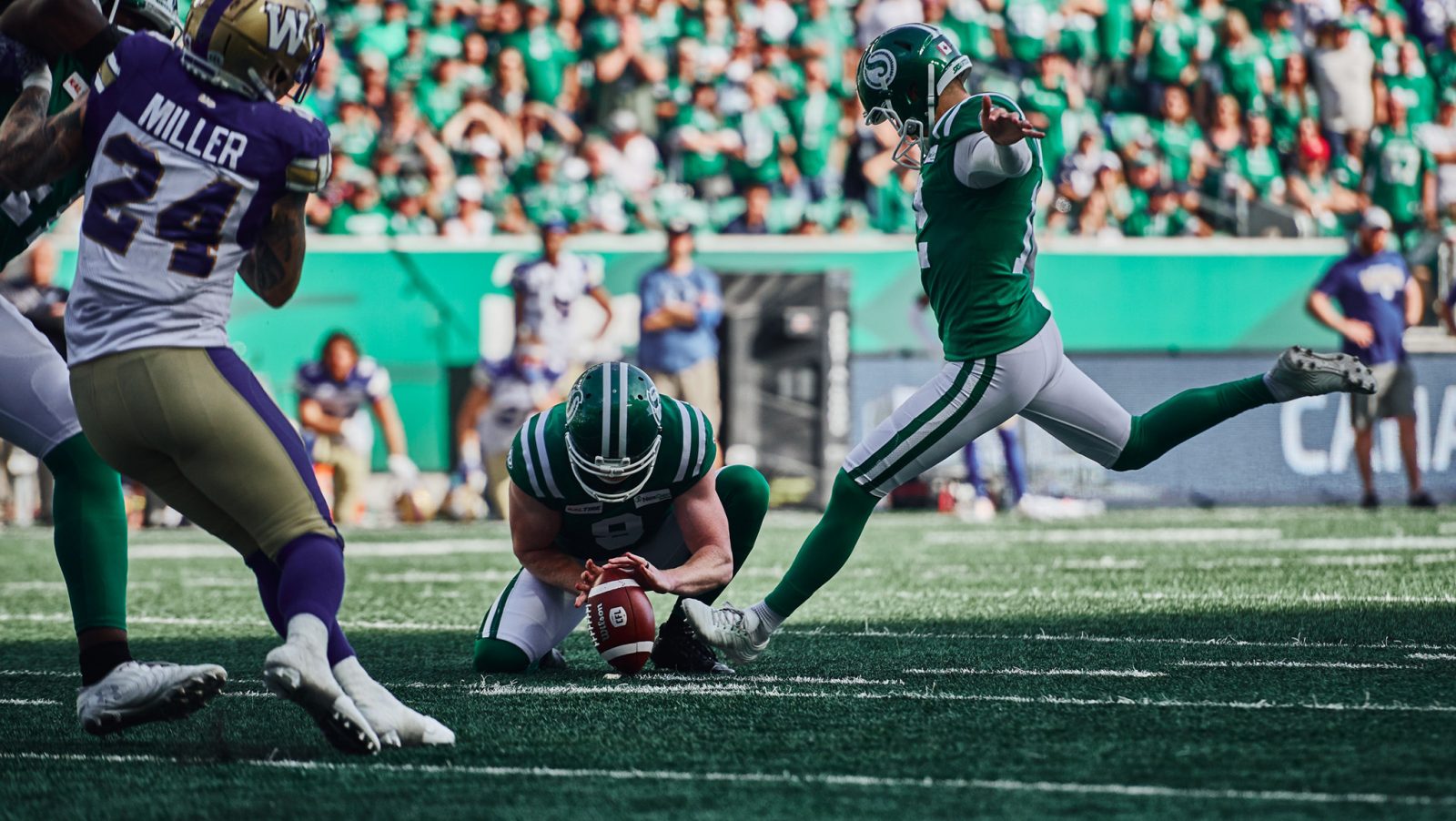 Morris: Lauther is prepped and itching to kickoff

There’s a big difference between having a routine and being superstitions, says placekicker Brett Lauther.

“I don’t have any personal superstitions,” said the Truro, N.S., native who recently re-signed with the Saskatchewan Roughriders. “I don’t tie my left shoe first.”

As much as Lauther likes keeping things the same during practice and in pre-game, he knows the situation is different each time he attempts a field goal.

“It’s one of those positions that are always subject to change,” said the 30-year-old who played his university football at Saint Mary’s.

“Every time you go on the field it’s never going to be the same kick. Because of the time of day, it could be different daylight or sunlight. It could be a wind that changes, a different snap and hold. You’re on a different area of the field, at a different end. It’s more being ready for the unexpected.”

Like other CFL players, Lauther spends time in the gym working out. But strength alone doesn’t prepare you for walking onto the field with no time on the clock and your team depending on you to make a long field goal to win the game.

Brett Lauther’s journey from Dartmouth, N.S. to being the Riders’ kicker has been a long one steeped in self-belief and hard work (Matt Smith/CFL.ca)

“The past couple of years…I’ve done a deep dive into a lot of different books, experimenting with different things from yoga to stuff that’s outside my comfort zone. If I thought it would give me that one-per-cent-increase over the other guy, I’ve tried it.”

That followed a 2018 season where Lauther played in 18 games, making 54 of 60 attempts. Four of those were over 50 yards and 14 were between 40 and 49. He was named a West Division All-Star and selected Saskatchewan’s most outstanding Canadian.

Having a routine helps Lauther prepare.

“Whether it’s a road game or home game, you want to keep things consistent,” he said. “You don’t want to be doing different things going into each game and having a different feeling.

“So everything, from what we do in warm-up, how many snaps and kicks we’re doing as a unit, we always kind of have that down to a tee. We’re not doing too many different things. There’s no surprises, we know what we need to do.”

Having a short memory also helps.

“It’s one kick at a time and I’m moving on, no mater what happens,” he said. “As soon as it comes off my foot, I’m on to the next kick to give the team I’m playing for the best opportunity to win.”

“When the lights are on…I know that’s when those extra days I’ve put in, it’s going to show. I’m fine with missing a kick. But what I’m not fine with is not being fully prepared that week with my work, or that off-season, to go into a game and give my team the best chance to win.”

A CFL kicker also has to adapt to different fields. Being under the dome at BC Place “is where every kicker loves to play,” he said.

Not surprising the biting prairie wind can cause trouble when playing in Regina or Winnipeg. Wind can also be an issue at Tim Hortons Field in Hamilton.

“When they made the new stadium, they kind of changed the direction and the wind comes straight through the stadium,” he said.

Lauther has paid his dues. He was taken 53rd overall by the Hamilton Tiger-Cats in the 2013 draft. He played four games that year then spent all of 2014 on the practice roster behind Justin Medlock.

He spent the next few years bouncing around the league with Saskatchewan, Toronto and Edmonton, before finally finding a home with the Riders in 2018.

“It’s not easy getting one of the nine professional jobs in the league,” he said. “The hardest thing for me was getting the opportunity. I kind of developed a little bit of a chip on my shoulder with people telling me, ‘You can’t do it.’

“I knew when I finally got a shot someday, I would make the most of it. I had great coaches and mentors and a family that supported me along the way.”

Over the year Lauther got help and advice from Paul McCallum, who spent 23 years in the CFL with Saskatchewan and BC. He also developed a special friendship with Medlock, who had a career in both the CFL and NFL.

“He’s just always been in my corner, believing I could do it and kind of stuck with me,” he said. “We still talk pretty much every single day, just joking around or pushing each other over the years.

“He’s kind of been like my right-hand man ever since I was a young guy in the CFL.”

Lauther spent most of the winter living with his girlfriend in Minot, N.D. He had access to a gym and spent several days a week practicing at a domed facility at the university.

With last season’s CFL season cancelled due to COVID-19, he’s anxious to get back playing again.

“I’m feeling good and confident in myself going into this season,” he said. “If you’re someone who took too much time off or weren’t staying with it, it’s probably going to show.

“I think a lot of guys in camp will either be ready to go, or a little bit caught off guard. I can only speak for myself. I’m more than ready.”