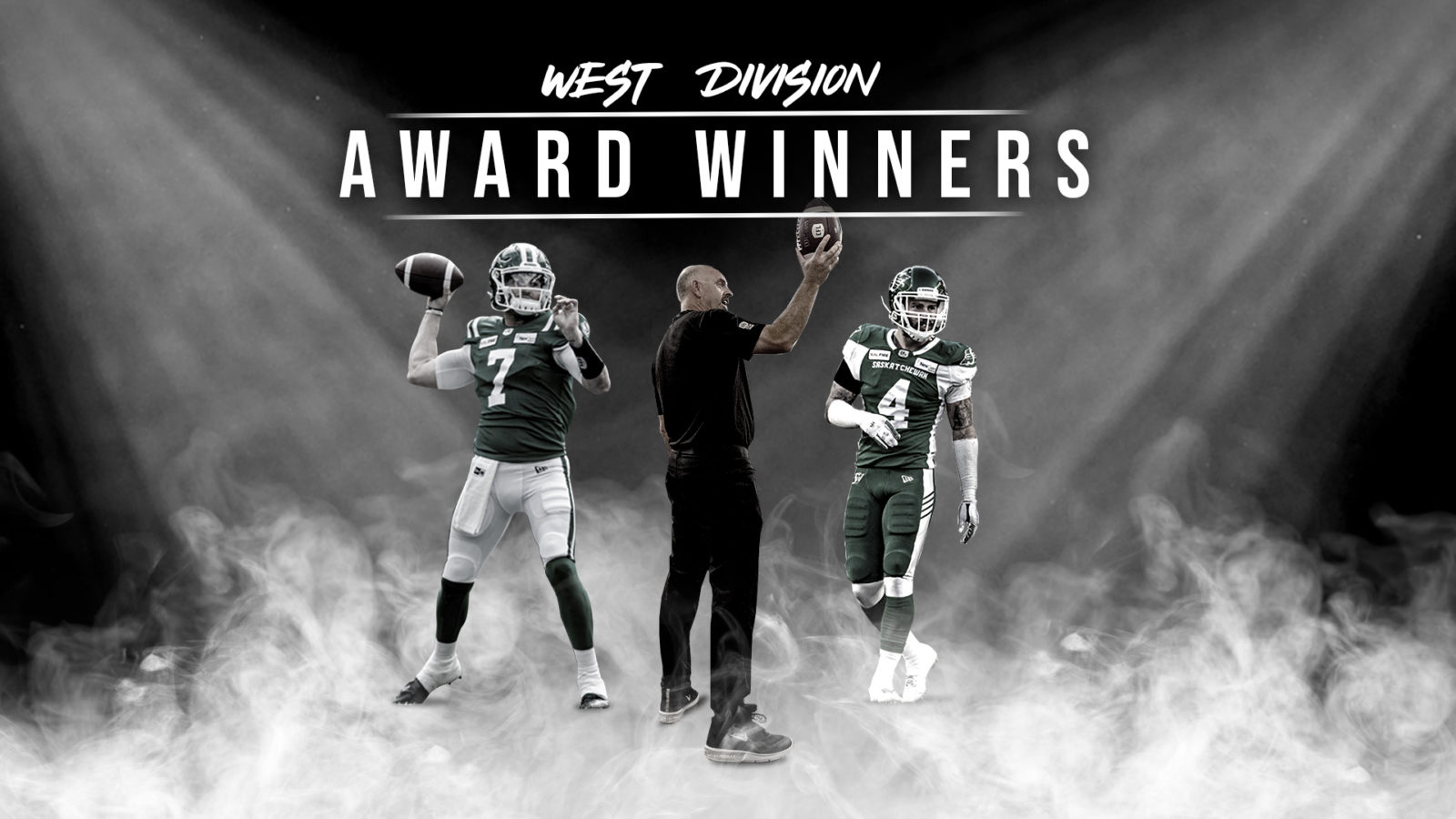 The Saskatchewan Roughriders are proud to announce three members of the 2019 team were named West Division award winners including Head Coach Craig Dickenson (Coach of the Year), Cody Fajardo (Most Outstanding Player) and Cameron Judge (Most Outstanding Canadian).

In his first year as the Roughriders Head Coach, Dickenson led the team to a first-place finish in the west division and a 13-5 record – the third best record in the Club’s 109-year year history.

The Roughriders had a slow start to the season, beginning the year at 1-3, but Dickenson never lost faith in what the men in the locker room could accomplish. Under his leadership, the team came back from their first bye week to win six straight games.

After stubbing its toe against the Blue Bombers in the Labour Day Rematch, the team rebounded quickly. The Roughriders won six of their last seven games and ensured the Western Final would be played at home for the first time since 2009 and just the third time since 1975. The Club’s eight wins ties the franchise record for most home wins in a season.

Dickenson has not only coached the players on the field but has acted as a mentor off the field, introducing a pivotal motto to the Roughrider locker room encouraging players to put the “team before self.”

Dickenson signed on as the Roughriders 47th Head Coach in January of 2019. He has seventeen years of coaching experience under his belt, 14 of which he spent as a Special Teams Coordinator – a title he continues to hold with the Roughriders alongside his head coaching duties.

Throughout his CFL career, he has been a part of the Roughrider organization for six years acting as the Special Teams Coordinator for the past four years and as a member of the special teams coaching staff in 2011 and 2012.

Dickenson will face Hamilton Tiger-Cats Head Coach Orlando Steinauer in the final round of voting.

It’s been an incredible year for quarterback Cody Fajardo, capping his exceptional regular season performance as the West Division nominee for Most Outstanding Player.

Fajardo started the season as the back-up before being pressed into action during the first drive of the Roughriders season. He didn’t look back.

With Fajardo under centre the team put up a 13-5 season and is first place in the West Division for just the third time since 1975. Time after time this season Fajardo rose to the occasion acting as a leader both on and off the field, guiding the team to a seven-game home win streak – the first since 2010 – and an 8-1 home record.

In Fajardo’s first year as a starting quarterback, he led the league with 4,302 passing yards, threw for 18 touchdowns and added an additional 611 yards rushing and 10 touchdowns. He was named a Top Performer of the Week in weeks three, eight and 20 and is a West Division All-Star.

Fajardo will face Hamilton Tiger-Cats receiver Brandon Banks in the final round of voting.

Since being drafted by the Saskatchewan Roughriders in 2017, Cameron Judge has shown he will only continue to improve with experience.

The 24-year-old put up an exceptional 2019 season including a career-high 61 tackles, 11 special teams tackles, five quarterback sacks, one touchdown, two interceptions and one forced fumble in 17 games played.

A consistent contributor to the team’s defensive success, the third-year linebacker was instrumental in clinching first place in the West when he made a vital pick-6 against the visiting Edmonton Eskimos to help secure the team’s win.

Judge will face Montreal Alouettes linebacker Henoc Muamba in the final round of voting.