Landry: Purifoy taking next step as a defensive leader 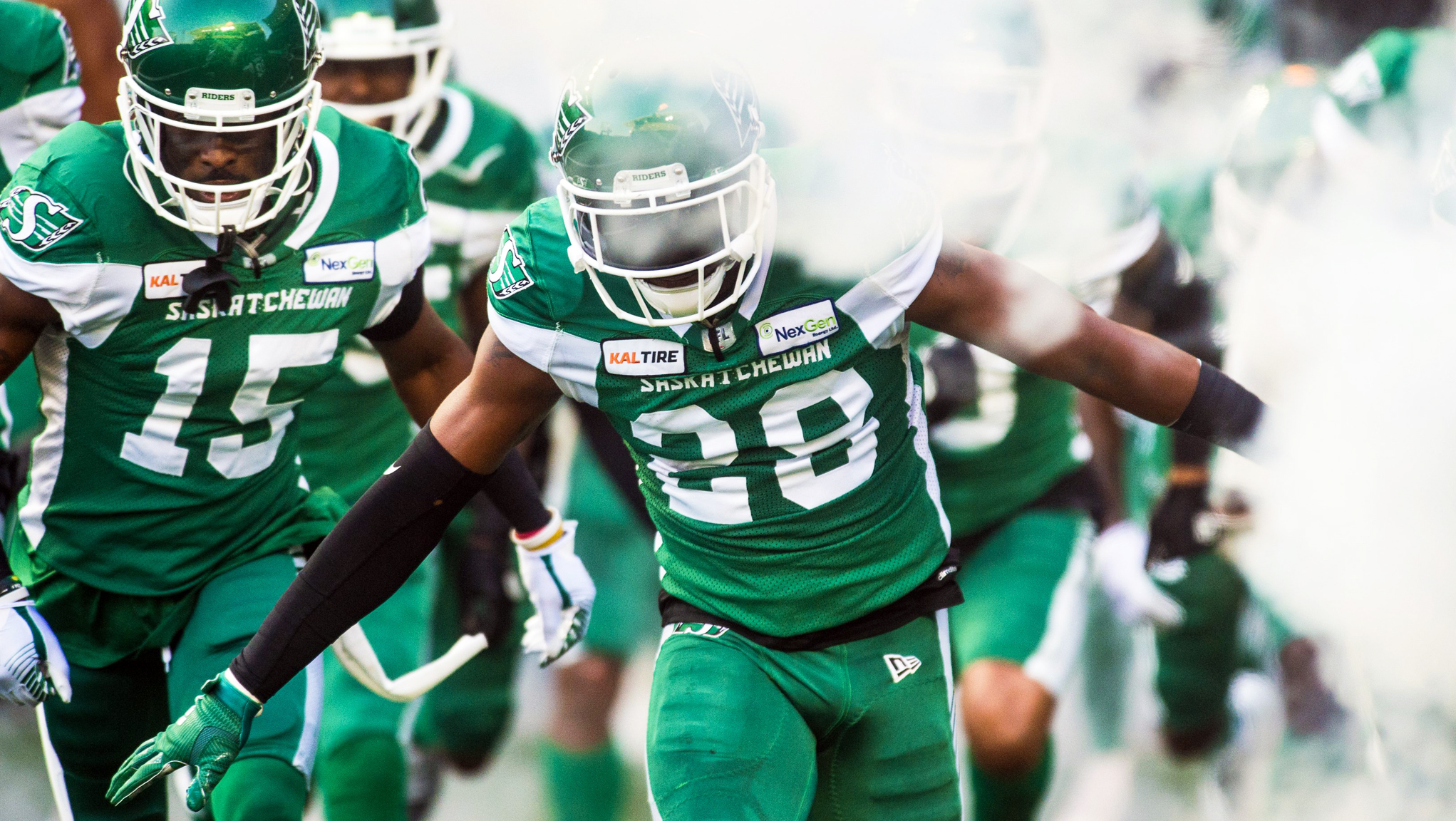 Landry: Purifoy taking next step as a defensive leader

Nothing like a little off-season contemplation to get a guy back to the top of the mountain.

For Loucheiz Purifoy, once a rising star and then a fallen one, the view from his current perspective is once again spectacular, as he and his mates on the Saskatchewan Roughriders defence find their individual roles combining harmoniously to give the unit the momentum it needs heading into crunch time.

“We’re in a real good groove and we’ve gotta just keep it goin’,” says the 26-year-old native of Florida, following his team’s practice ahead of Saturday’s biggie with the Winnipeg Blue Bombers.

“We got animals everywhere, man.”

RELATED
» Weekly Predictor: Stamps are automatic after the bye
» Ferguson: Who is the CFL’s best wide side passer?
» Accuracy Grades: Who was on target in Week 16?

Purifoy is one of those animals, growing into a leadership role that once might have been thought unattainable for him by some. After a spectacular two years with the B.C. Lions, where the native of Florida’s talents were made obvious at both the SAM and halfback positions, his career went “splat” when he signed with Ottawa as a free agent in 2018.

Not even halfway through last season, Purifoy was released by the REDBLACKS, left wondering what he needed to do better, or just differently, in order to reclaim the career momentum that had just months before seemed unstoppable.

“You never wanna get cut in the middle of the season,” he says, reflecting on his doomed tenure in Ottawa. “But at the end of the day, I got cut and I had to look at myself in the mirror and see what I was doing wrong.”

Although he’d been quickly snapped up by the Roughriders after being released last August, Purifoy knew things weren’t quite right with him.

Happy to have another chance to regain his positive career trajectory with Saskatchewan, and wanting to ensure he made the right steps in the future, he took stock when last season came to an end.

“I did some soul searching,” Purifoy says of the last off-season, during which he signed a one-year extension with the Riders. “I had to figure out what it was I wanted to do. If you wanna play football, you gotta be a man and you gotta accept everything that comes with it.”

In an all-star worthy campaign, Purifoy has made 44 defensive plays for the Riders, including three interceptions (tied for the team lead with SAM linebacker Derrick Moncrief) and a team-leading seven knockdowns.

He’s contributed a couple of sacks as well, and a forced fumble.

That’s not to mention his contributions on special teams, where Purifoy is one of the league leaders in kick returns, with 910 yards, including an 87-yarder for a touchdown.

Purifoy, it may well be said, is a different man these days. His current teammates, linebacker Solomon Elimimian and safety Mike Edem have alluded to that, having seen him both now and then, as they were mates with the Lions as well, when Purifoy arrived on the scene in 2016.

“They just look at me like now I’m a leader,” says Purifoy, when the views of those two teammates are brought up. “When I got to B.C. I was just a young rookie that just wanted to play ball. I really didn’t care what people said about me or this or that.”

“Now, it’s different because I’m a leader on the defence. I’ve gotta communicate. I’ve probably got the most communication out of anybody on the field, ‘cause I gotta talk to the field corner and the SAM. So I had to take the next step, knowing my job and knowing theirs.”

With his emotional adjustments in place, Purifoy has rebounded completely in 2019, anchored in at field half in a Saskatchewan defence that has been coming together in steady improvement week after week.

The Riders’ D stands second in the CFL in net offence given up, at 293.5 yards per game. While the rush defence is in the middle of the pack, the pass defence ranks second, allowing 223.8 yards a game. Saskatchewan defenders have allowed the fewest touchdowns in the league (22) as well as the fewest first downs. Giving up an average of 5.7 yards per play, the Roughriders’ defence is tied with Edmonton’s for top spot in that category as well.

It’s a congealing unit, hardening into an increasingly difficult defence to play against.

Part of it is personnel, to be sure. Part of it is veteran performance, with defensive lineman Charleston Hughes leading the league in sacks, with 15, and Elimimian resuming his usual place at the heart of a defence after missing the beginning of the season due to injury. Micah Johnson is upsetting plays from the middle of the defensive line and the more than reliable Ed Gainey helps pull together the secondary. To name a few.

Part of it – an important part, says Purifoy – is improved communication.

“To be honest, at the beginning of the year, we used to go at each other over busted plays,” he says. “Now, we get to the sidelines and we know how to talk to each other. We trust each other.”

“We had to find a way to communicate with each other. The best way to work for everybody.”

“That comes from our coaches,” Purifoy adds, crediting Head Coach Craig Dickenson, Defensive Coordinator Jason Shivers and the rest of the staff with adjusting attitudes early in the season. “They believe in us and we believe in them too.”

There is another element at play here, when it comes to both Purifoy’s individual revival and that of the defence as a whole; consistency.

When Purifoy joined the Riders last season, Saskatchewan’s defensive backs were more often flipped and flopped on the field in order to match-up with certain individuals on an opponent’s offence.

This season, he says, the backs are slotted into a usual position most of the time, in spite of where an opponent’s receivers are lining up.

So, Purifoy plays field half no matter what. That means he so often has Moncrief in front of him and rookie field corner L.J. McCray beside him, with Edem, of course, in the middle of the secondary.

I did some soul searching. I had to figure out what it was I wanted to do. If you wanna play football, you gotta be a man and you gotta accept everything that comes with it.

With McCray grabbing the corner spot with both hands – “He listens, he takes coaching. He wants to learn,” says Purifoy of the converted college safety – the Saskatchewan secondary has had the luxury of consistency for most of 2019, allowing for Purifoy’s personal growth to come to the fore.

And he’s embraced that.

“For me, I just knew I had to take that step as a leader,” Purifoy says, echoing the soul-searching voices of the last off-season. “If I’m gonna play at field half, it’s a hard job. Probably got three different things to do on one play.”

And if all that responsibility means he will face moments where a coach or teammate will constructively critique his performance from game to game or play to play, he’ll choose, he says, to park his ego.

“I’d rather just listen and take in the information,” says Purifoy. “So I can know how to be a better leader for myself and this team.”

Back on track, Loucheiz Purifoy is determined to keep his career on the rails this time.