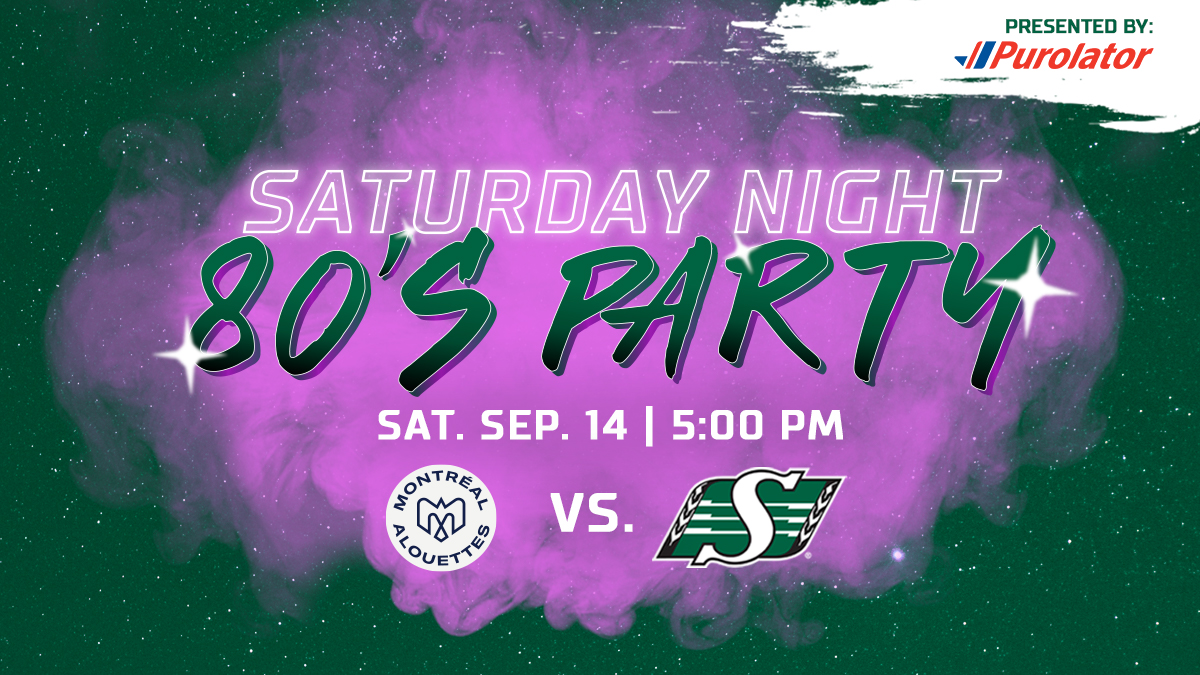 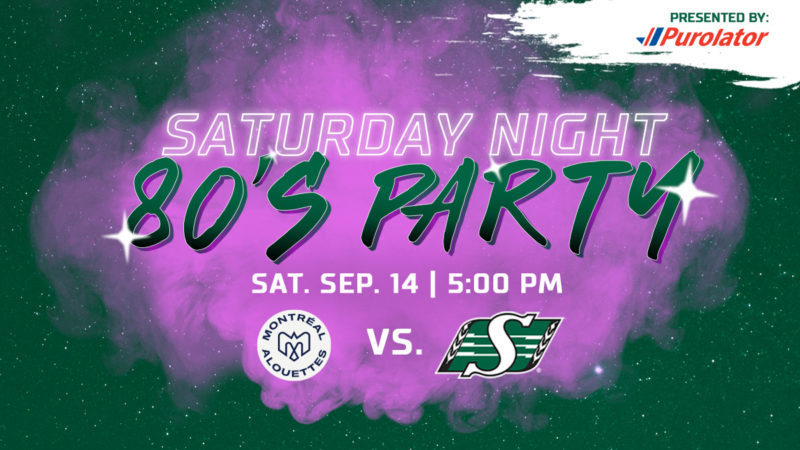 Grab your fanny pack, hop in your DeLorean and join us for 80s Night on Saturday, as the Riders take on the Montreal Alouettes.

The Pil Country DJ will be spinning 80s classics all night long with a few special surprises in store!

Get yourself 80s ready by starting your gameday inside the the Coors Light Party in the Park before the game. There will be games, food trucks and performances from the 620 CKRM Rider Pep Band (3:25pm), Rider Drumline (3:45pm), RiderFlo Dance Crew presented by Engelheim (3:55pm) and the 620 CKRM Rider Cheer team (4:05pm). There will also be time to get into the game day spirit with face painting before you head into the stadium.

Saturday is also the Purolator Tackle Hunger game! Bring a non-perishable food item or monetary donation to the game to get your picture taken with the Grey Cup and enter for a chance to win a signed Charleston Hughes jersey. Drop off bins will be located in the Coors Light Party in the Park and at all Mosaic Stadium gates.

Prepare to be swept off your feet with the musical stylings of your Saskatchewan Roughriders.  They’ve won you over with their renditions of “Old Town Road” and “These Eyes” and you can expect another great hit Saturday night with a special 80’s edition of “Jammin with the Riders”.

At halftime, join us as we recognize the 30th anniversary of the 1989 Grey Cup Championship. The 620 CKRM Rider Cheer team will be performing alongside special guests, Rider Cheer Alumni and the RiderFlo Dance Crew.  You won’t want to miss this 80’s themed performance that will have you on your feet, dancing in the stands. 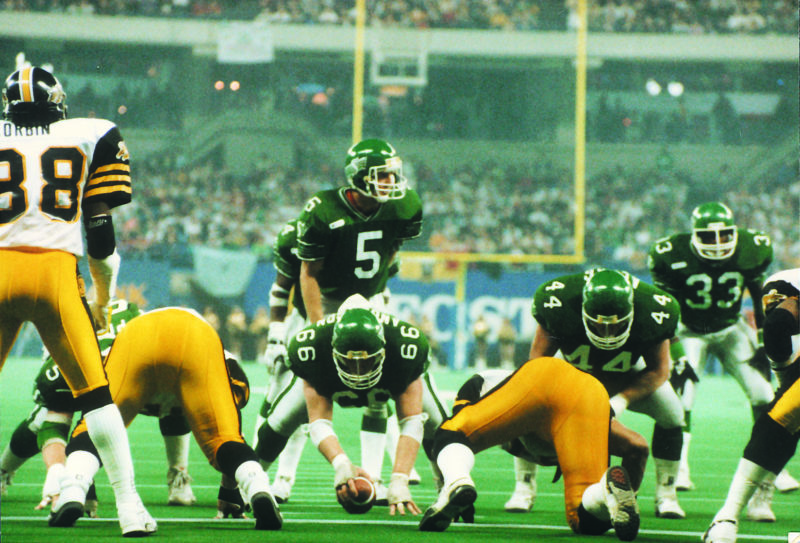 Once the game is over, head over to Harvard’s Studio 620 Lounge on the west side of the Stadium to take in the 620 CKRM post-game show and relive the game with your friends and a cold beverage. The lounge will be open for three hours after the game ends. Remember to get a safe ride home!

Looking for alternative transportation? Why not consider taking Rider Transit presented by WorkSafe Saskatchewan to and from Mosaic Stadium? Rider Transit begins offering rides two hours and 15 minutes before kickoff and run for an hour after the game is over. Your Rider game ticket gets you on the bus for free. Find all the pick-up locations here.

PLEASE NOTE: for fans who use Rider Transit’s Northgate Mall location, the parking lot will be under construction for the rest of the season, so parking may be limited.

Fans planning to ride their bikes to the game on Sunday should note the bike valet has been moved to the south side of the stadium at Young’s Equipment Gate 1.