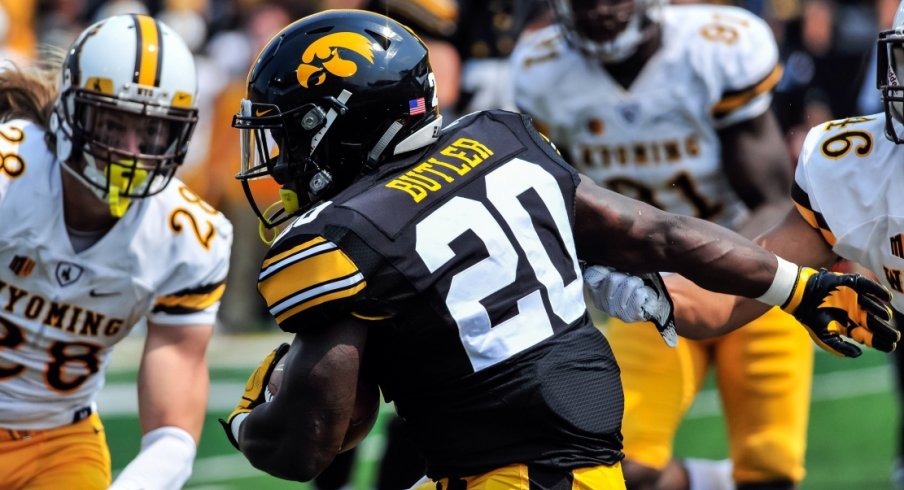 Butler played his senior year with the University of Iowa Hawkeyes after transferring from the University of Nevada. The 24-year-old rushed 91 times for 396 yards and one touchdown in his one season with the Hawkeyes. In Nevada, he was named All-Mountain West honourable mention in 2015 and 2016 and earned his team’s Outstanding Offensive Player Award in 2016.

Over his college career, he rushed 699 times for 3,712 yards and 28 touchdowns. He also earned 53 receptions for 485 yards and three receiving touchdowns.