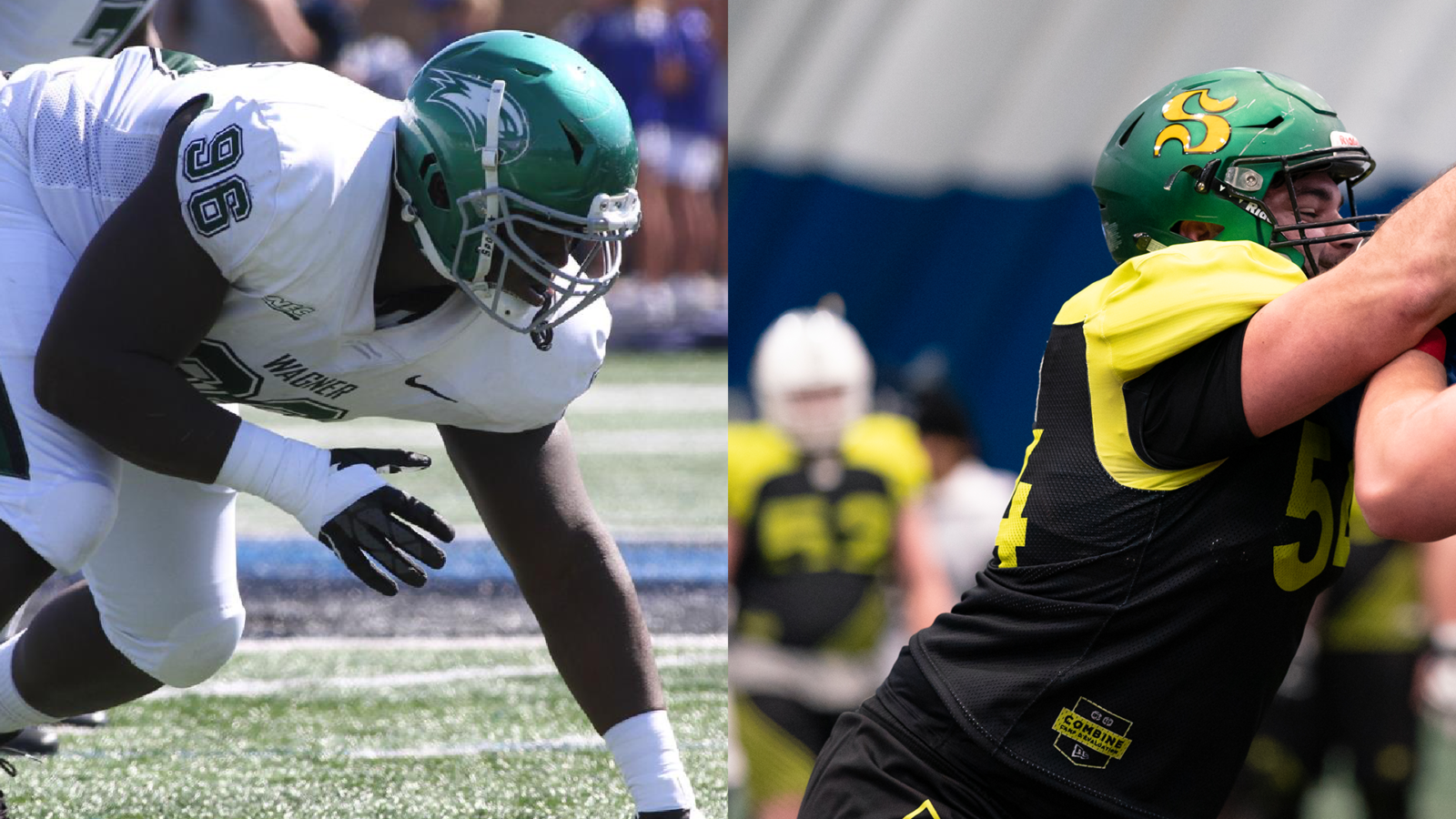 The Saskatchewan Roughriders announced the signings of two of its selections in the 2019 CFL Draft:

Dabire (6’1 – 300lbs) spent three seasons as a defensive lineman at Wagner College in New York and was named a team captain in 2018. He played 33 career games and made 19 starts notching 73 career tackles, a forced fumble and two sacks. Dabire was born in Burkina Faso but moved to Canada in his youth graduating high school in Toronto.

Roy (6’5 – 285lbs) spent the last four seasons at the University of Sherbrooke. The 24-year-old started his career as a defensive lineman before making the switch to the offensive line in 2018.