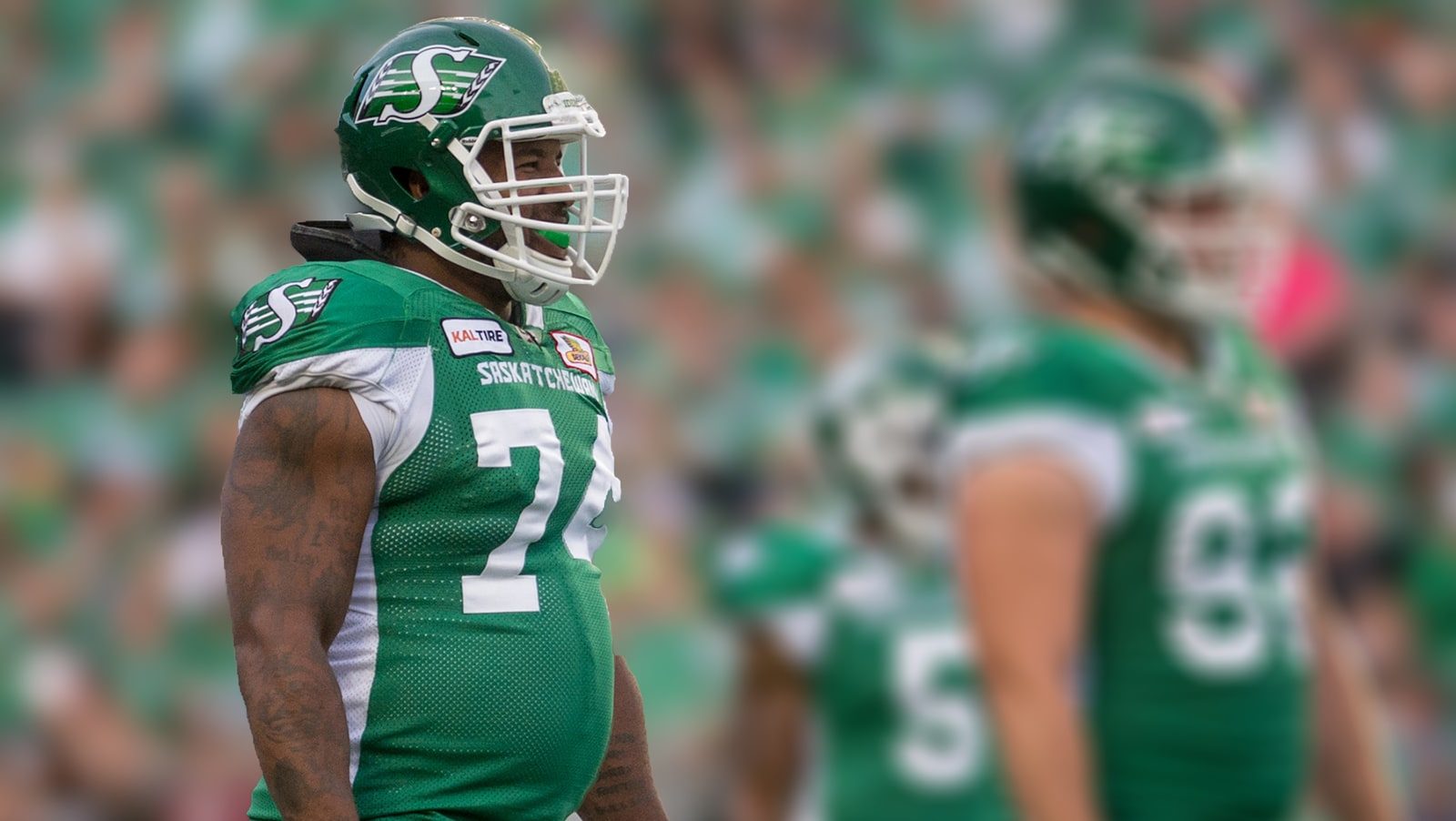 Makana Henry did his research.

The Saskatchewan Roughriders defensive tackle admitted with a chuckle that he went online after being nominated for the Jake Gaudaur Veterans’ Award to find out more about the former CFL commissioner and the award that’s named after him.

Henry no doubt discovered that the award is presented annually to a Canadian-born CFLer “who best demonstrates the attributes of Canada’s veterans: Strength, perseverance, courage, comradeship and contribution to Canadian communities,” and that Gaudaur was a veteran of the Second World War who eventually became the CFL’s longest-serving commissioner. 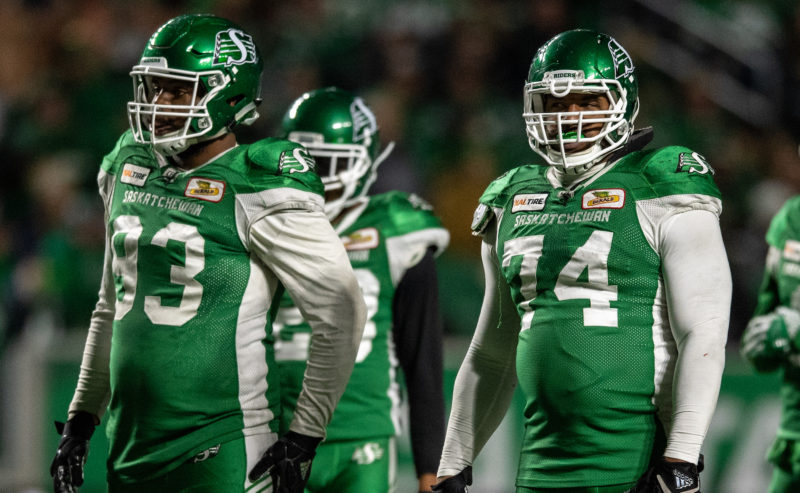 Each team nominated one player for the award, which is to be presented Thursday during the Shaw CFL Awards show — one of the off-field events to be held during Grey Cup Week in Edmonton.

Henry called the nomination “a big step” for him.

“It’s a great award that really means a lot to me,” said the 31-year-old product of Caledon, Ont. “Growing up, I always wanted to be in the military. I have great respect for the military and all the people who are keeping our country safe and making sure that we have rights to do what we want …

“I feel so honoured to even be mentioned in the same sentence as people in the military.”

Henry just completed his third season with the Roughriders, who signed him as a free agent in August of 2016.

His resumé only featured previous stops in junior, flag and semi-pro football, but the Roughriders’ coaches felt the 6-foot-1, 275-pounder could help them.

In 2018, an ankle injury limited Henry to 10 games played, during which he recorded 15 tackles and one sack. He didn’t play in the Roughriders’ 23-18 loss to the Winnipeg Blue Bombers in the Western Semi-Final on Nov. 11.

But Henry’s off-field work is what has garnered him the most attention.

“The Riders have given me such a great opportunity and almost a second chance at life, so it feels good to be able to give back and try to help out where I can.”

He basically has adopted Scott Collegiate as a pet project, playing sports with students, working with them during fundraising activities and even borrowing a video camera to film basketball games in hopes of helping one student get a college scholarship.

Henry also has organized an annual campaign among the Roughriders to buy backpacks and school supplies to donate to Scott’s incoming Grade 9 students.

Much of Henry’s motivation comes from his own challenging past. Now he’s hoping to help Regina’s inner-city youths avoid the issues that affected him during his youth.

“I want to try to help these kids become good adults,” Henry said. “I don’t want them to take the same steps that I took or go the same route that I went. I want them to be good people in life.”

Henry’s work away from Mosaic Stadium also has led his teammates to nominate him for a second straight season for the Tom Pate Award.

Presented annually by the CFL Players’ Association, that award goes to a player who displays sportsmanship and who has made contributions to his team, his community and the CFLPA.

That means Henry — whose 31-game career has been spent primarily as a backup — has been nominated for three community-based awards in the past two seasons.

“I’m glad I’m able to contribute and give back,” he said. “The Riders have given me such a great opportunity and almost a second chance at life, so it feels good to be able to give back and try to help out where I can.”

And why is giving back so important to him?

“So many times in life, people turn away from the simplest little things that they could do — and you never know what those little things can do,” he replied. “They may seem small to some people, but they may impact other people’s lives in a big way. 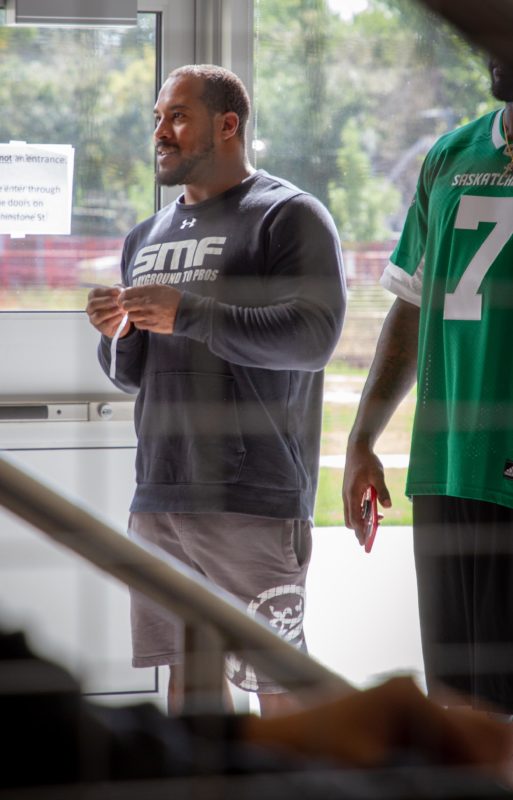 “I’ve been given this second chance and these opportunities, so I want to make the best of them.”

Henry has seen his affiliation with Scott pay dividends — and not only in terms of backpacks and basketball.

One youth with whom Henry interacted was a member of a gang before he spoke with the Roughriders’ defender.

“He used to have a tattoo of a gang sign on his hand and one day he showed me that he had covered it with another tattoo,” Henry recalled. “He said, ‘It’s because I’m hanging out with you. I want to be better.’

“To tell you the truth, out of all the things in my life, that had more of an impact on me than I thought anything would.”

The other nine finalists for the Jake Gaudaur Veterans’ Award are Rolly Lumbala of the B.C. Lions, Ryan King of the Edmonton Eskimos, Junior Turner of the Calgary Stampeders, Andrew Harris of the Bombers, Mike Daly of the Hamilton Tiger-Cats, Declan Cross of the Toronto Argonauts, Jean-Philippe Bolduc of the Ottawa Redblacks and Martin Bedard of the Montreal Alouettes.

For Henry, it truly is an honour just to be nominated.

“When you do things (in the community), you don’t do them for anybody to notice, but it makes me feel happy doing things that people do notice,” he said. “I really like this award because of the meaning behind it and what it stands for.”