B.J. Daniels gets the call he wanted 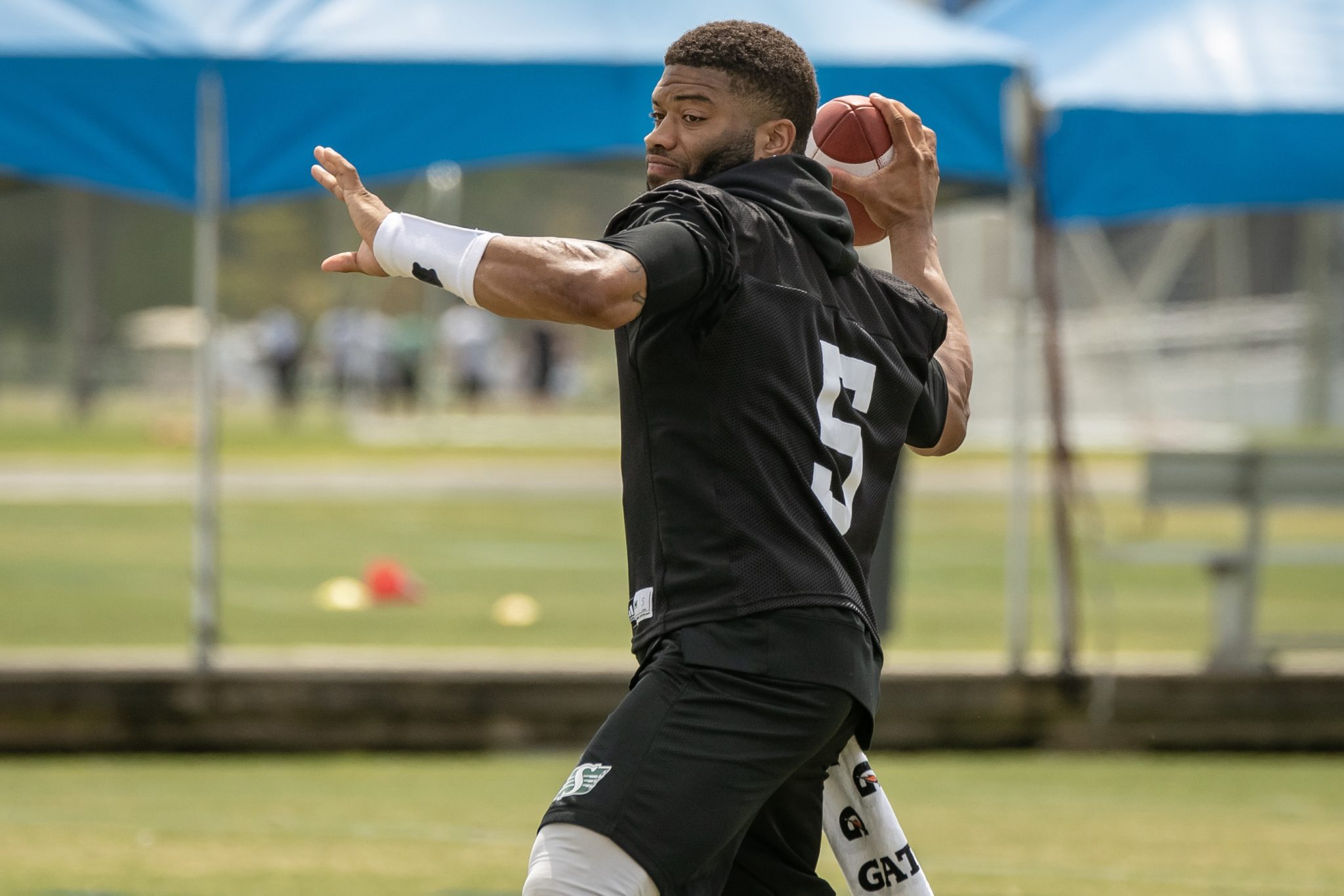 B.J. Daniels gets the call he wanted

Somewhere out there are some diehard football fans who may be able to take credit for B.J. Daniels signing with the CFL’s Saskatchewan Roughriders.

For the past four weeks, the 28-year-old quarterback played Your Call Football, where fan balloting decides which plays are going to be run. Every play of every game is determined by a vote.

For weeks, head coaches Mike Sherman and Merril Hoge, assistant coaches such as ex-Roughriders employee George Cortez and quarterbacks like Daniels and one-time Saskatchewan prospect Bryan Bennett have been at the mercy of those who downloaded the Your Call Football app and chose plays.

“It’s definitely interesting from a player’s perspective,” said a chuckling Daniels, whose signing with the Roughriders was announced Thursday. “There were a couple of funky calls — fourth-and-one and you throw a deep ball, things like that. It was fun …

“Some guys from Saskatchewan were able to come watch our scrimmage and that really helped me out a lot. (The time in Your Call Football) helped me build the confidence that I could continue to play quarterback at a high level and still do what I love to do. It was definitely fulfilling.”

Your Call Football was still going when Daniels left for Saskatchewan — the season finale was played Thursday — but the 5-foot-11, 217-pound product of Tallahassee, Fla., got what he needed out of the experience.

“I got to play live football, run around, get tackled and play quarterback in a real game,” said Daniels, who was on the Roughriders’ negotiation list. “Playing down there was definitely fun.”

In 2013, he attended the Roughriders’ mini-camp with the intention of joining the CFL team. But the San Francisco 49ers had other plans for Daniels, selecting him in the seventh round (237th overall) of the NFL draft.

The Seattle Seahawks claimed Daniels off waivers in October of that year and put him on their practice squad in November. He was with the Seahawks when they won the Super Bowl in February of 2014.

In 2015, the Seahawks moved Daniels to wide receiver and he caught two passes for 18 yards and returned one punt for seven yards over six games that season.

After he was waived by Seattle in December of 2015, he was signed by the Houston Texans. He played two games for Houston that season, completing one of two pass attempts, rushing six times for six yards and returning four punts for 18 yards.

His NFL career also included stops with the New York Giants, Chicago Bears and Atlanta Falcons. He went to camp as a running back with the Falcons in 2017, but was released in August after suffering a sports hernia — an injury that sidelined him for the entire campaign.

He ultimately spent five seasons in the NFL, but he wasn’t a full-time quarterback. Your Call Football changed that — and now the Roughriders are giving him another opportunity behind centre.

“One thing I’m proud of is having the ability to do what I love to do and that’s to play football — and to play quarterback,” Daniels said. “It has been a long journey as a quarterback, receiver and running back in the NFL, but it truly is a blessing for this team to consider me and want me to help them out as a quarterback.”

When training camp opens Sunday and he starts competing with fellow pivots Zach Collaros, Brandon Bridge, Marquise Williams and David Watford, Daniels will rely on the experience he gained in the NFL.

That doesn’t mean just the seasoning he got playing quarterback, either. His time at various positions in the NFL could help.

“As a quarterback, you have to know everything; that’s the nature of the beast,” Daniels said. “Going through the physical strain of playing receiver, understanding defensive backs’ technique and how they play certain guys and certain routes, it’ll help me understand the game completely.”

The fact that Daniels is getting a chance to play quarterback in the CFL instead of the NFL isn’t a problem for him. He doesn’t agree with those who suggest the CFL is a notch below the NFL, noting: “There are a lot of players and coaches here who are extremely talented, who have been many places and done great things.”

He’s hoping to be another of those people.

“My career has been up and down,” he said. “I’ve done some great things, I’ve been a part of some great football teams and I’ve learned from a lot of great people.

“But I’ve always said to people that I’ll play football for $5. I just want the opportunity to play. I was that kid who just loved to run around and play football. Having that opportunity come again is really cool.”

He was named a second-team conference all-star as a return specialist in 2016.