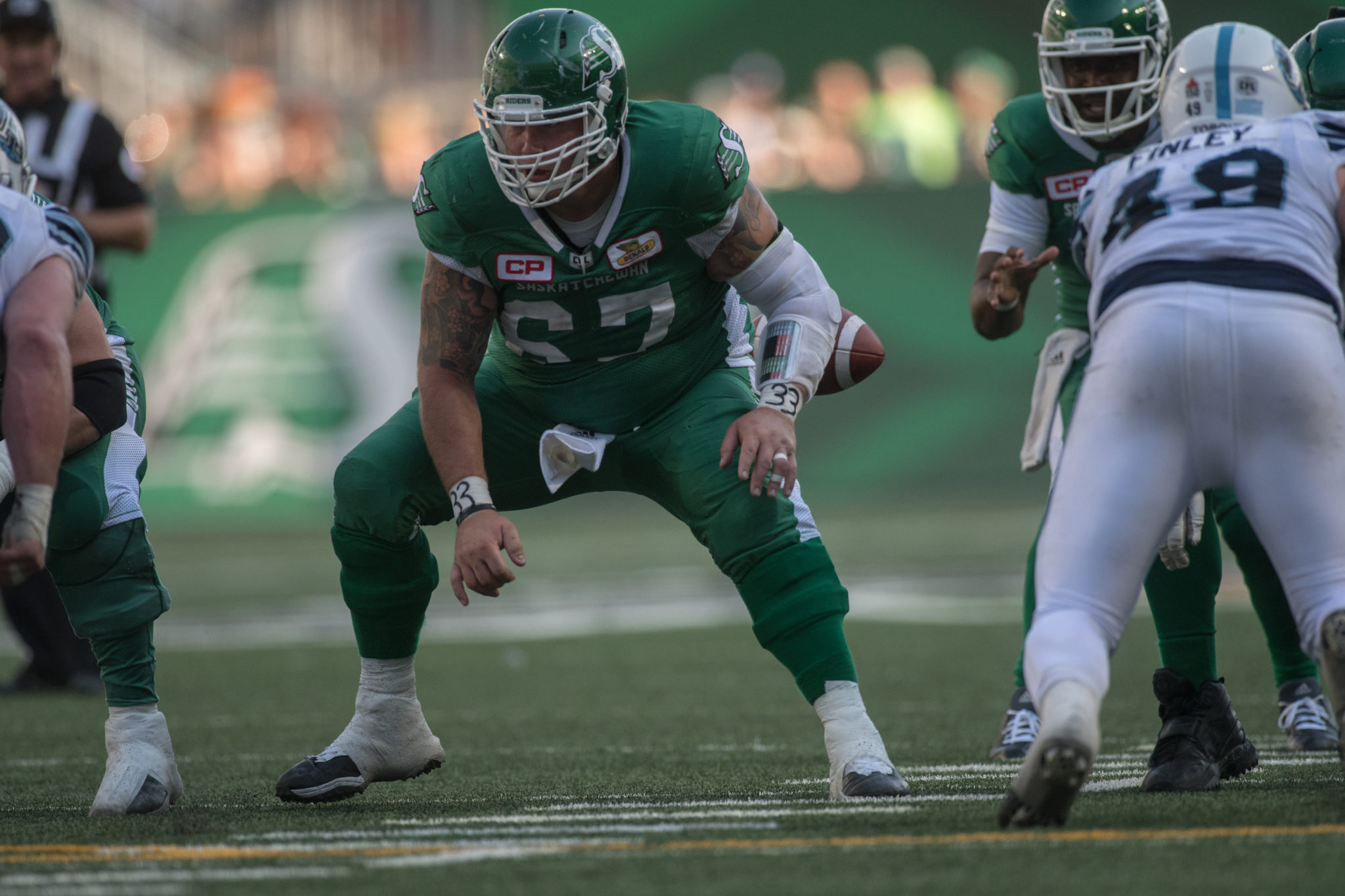 The Saskatchewan Roughriders take on the Toronto Argonauts in CFL action on June 10th, 2017 at Mosaic Stadium in Regina, SK. Liam Richards/Electric Umbrella

The 29-year-old Regina product signed a two-year contract extension with the Roughriders on Tuesday, mere hours before he was to become a free agent.

Clark was a member of the PFC’s Regina Thunder when he joined the Roughriders as a territorial junior in 2009. He made his CFL debut with Saskatchewan in August of 2012 and since has played in 79 regular-season games, four playoff contests and the 2013 Grey Cup.

In 2017, Clark started the first six games of the regular season at centre before suffering an elbow injury that sidelined him for nine games. His injury forced the Roughriders to shuffle their O-line; LaBatte moved from left guard to centre, Derek Dennis shifted from left tackle to left guard and Bruce Campbell was inserted at left tackle.

Clark was activated off the injured list with three contests left in the regular season after Dennis sustained a back injury. Clark reclaimed his spot at centre and LaBatte returned to guard.

That number dropped to seven later in the day when Demski signed with his hometown Winnipeg Blue Bombers. Demski was Saskatchewan’s first-round pick (sixth overall) in the 2015 draft out of the University of Manitoba and spent three seasons with Saskatchewan.

The Roughriders also announced the releases of three international players, including two who were signed as free agents in 2017.

Dennis appeared in 15 regular-season games in 2017, while Glenn had 18 special-teams tackles and one defensive stop in his 11 games played. Longino appeared in five games and recorded eight defensive tackles, three special-teams stops and a quarterback pressure.