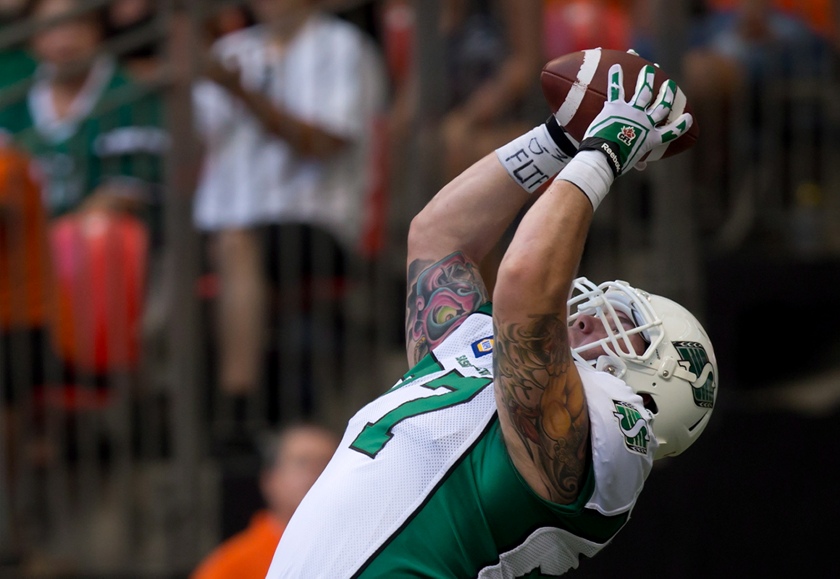 The Saskatchewan Roughriders announced today national free agent offensive lineman Dan Clark has re-signed with the team. As per club policy, details of the contract were not released.

Clark (6’2 – 310) will return for his fourth official CFL season with the Green and White after originally signing with the team in 2009 out of the Regina Thunder junior football program.

The 26-year-old Regina product played 16 regular season games in 2014, starting 10, while seeing action at guard and centre. He also added a one yard touchdown reception – the second receiving touchdown of his 41 game career – on August 24th in B.C.

He won his first career Grey Cup with the Riders in 2013.