Catching Up with Rob Bagg 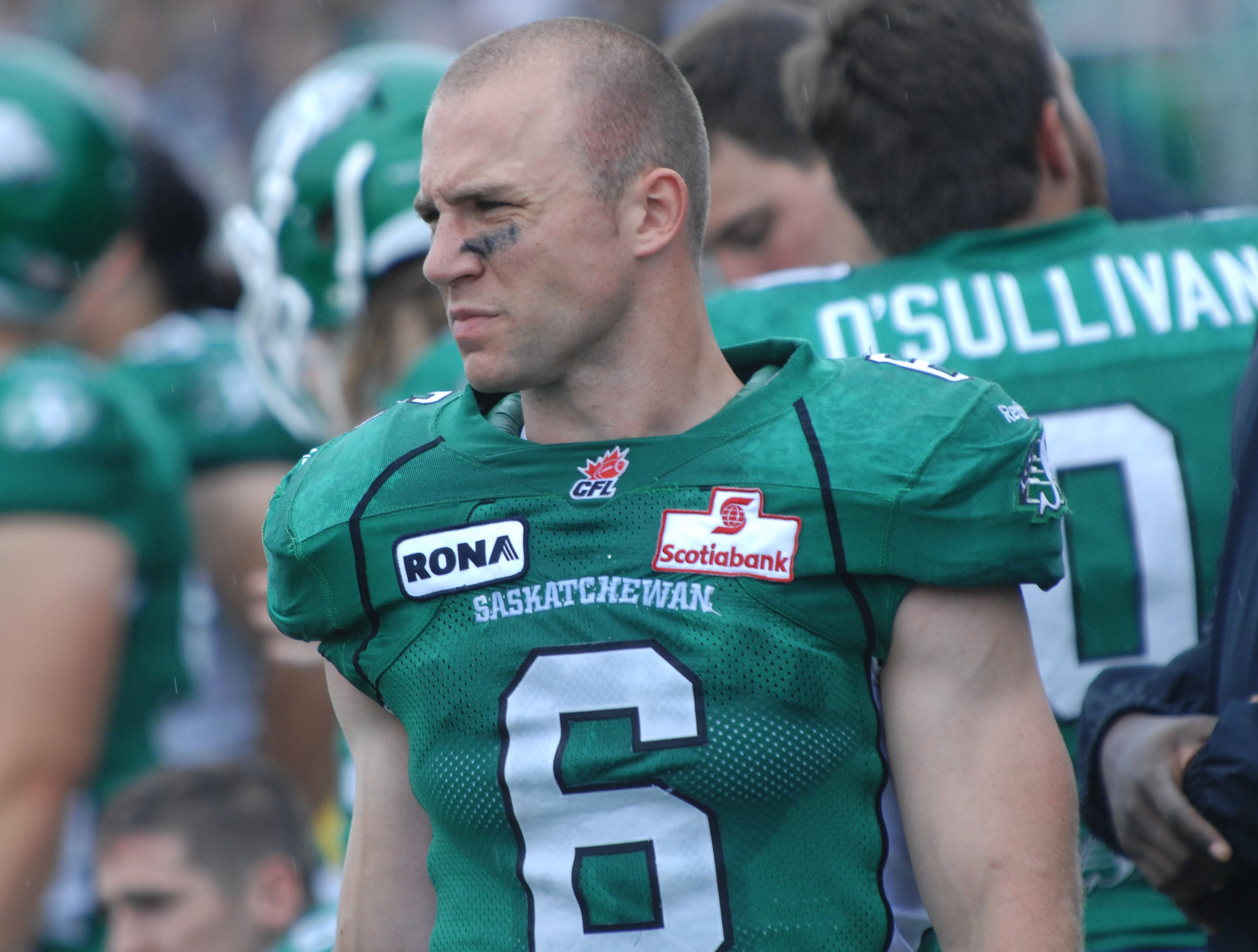 Catching Up with Rob Bagg

One can only wonder what kind of numbers Rob Bagg could have put up if his body had co-operated over the past couple of years.  Lady Luck has not shined on the Rider receiver as injuries have played a huge role in his five years with the green and white.

After emerging as a threat in 2009, Bagg was having a great 2010 before missing the last part of the season when he tore the anterior cruciate ligament in his right knee. He re-injured that knee just before 2011 training camp causing him to miss the entire season and after working hard to get ready for 2012, his season was cut short when he tore the A-C-L in his left knee early in the season thus ending another season prematurely.

Some believed that perhaps the football team should move on and not re-sign the 27 year old, but general manager Brendan Taman believed Bagg was an asset he needed to have in 2013 and was not afraid to roll the dice on him.

“There is concern when you get a guy under contract that has had the knee problems Rob has had,” Taman admitted after announcing the signing. “However with Rob, it’s less of a concern because of the hard worker he is. He could have played at the end of the year the last two seasons, but we didn’t want to risk it. He should be ready to go and hopefully his bad luck is gone.”

Bagg is very grateful to get an endorsement from Taman and the organization.

“I’m very grateful for the opportunity to come back. I want to be a big part of this team, but I do understand that I am starting at square one and try out for the team.” Bagg said. “I know that we have a very talented receiving group and that it will be tough to crack the lineup, but I am ready to re-pay them for the faith they have shown and hopefully have a big year. I know it’s a big year for the team with the Grey Cup being there and I would love to be a part of that and be a key part of the offense if I can. I could have looked at some opportunities to be closer to home, but once I found out that there was still some interest, I was excited. They were the first team to give me an opportunity in this league and because of the patience and trust they have shown in me. I’m optimistic that I can come in and make an impact and hopefully re-pay them by showing I still have a lot of good football left in me.”

Getting over an injury can be a grind mentally and when you have had both knees surgically repaired, it certainly does weigh a lot on a mind of a wide receiver whose legs are a necessity. Bagg realizes he can’t put the injuries completely out of his mind, but he has been and will be approaching this season the way he does any other one.

“I’m not holding back at all,” Bagg says with a chuckle. “I’m not going to slow down at all. I’m going to be the same guy I always have been and leave it all on the field.  I know its my probably my last kick at it and I’m going to play every down as if its my last.”

If Bagg can return and be the impact player the football team believes he can be, it just provides a little more optimism towards a successful and hopefully a championship season in 2013.