A Conversation with the Coach 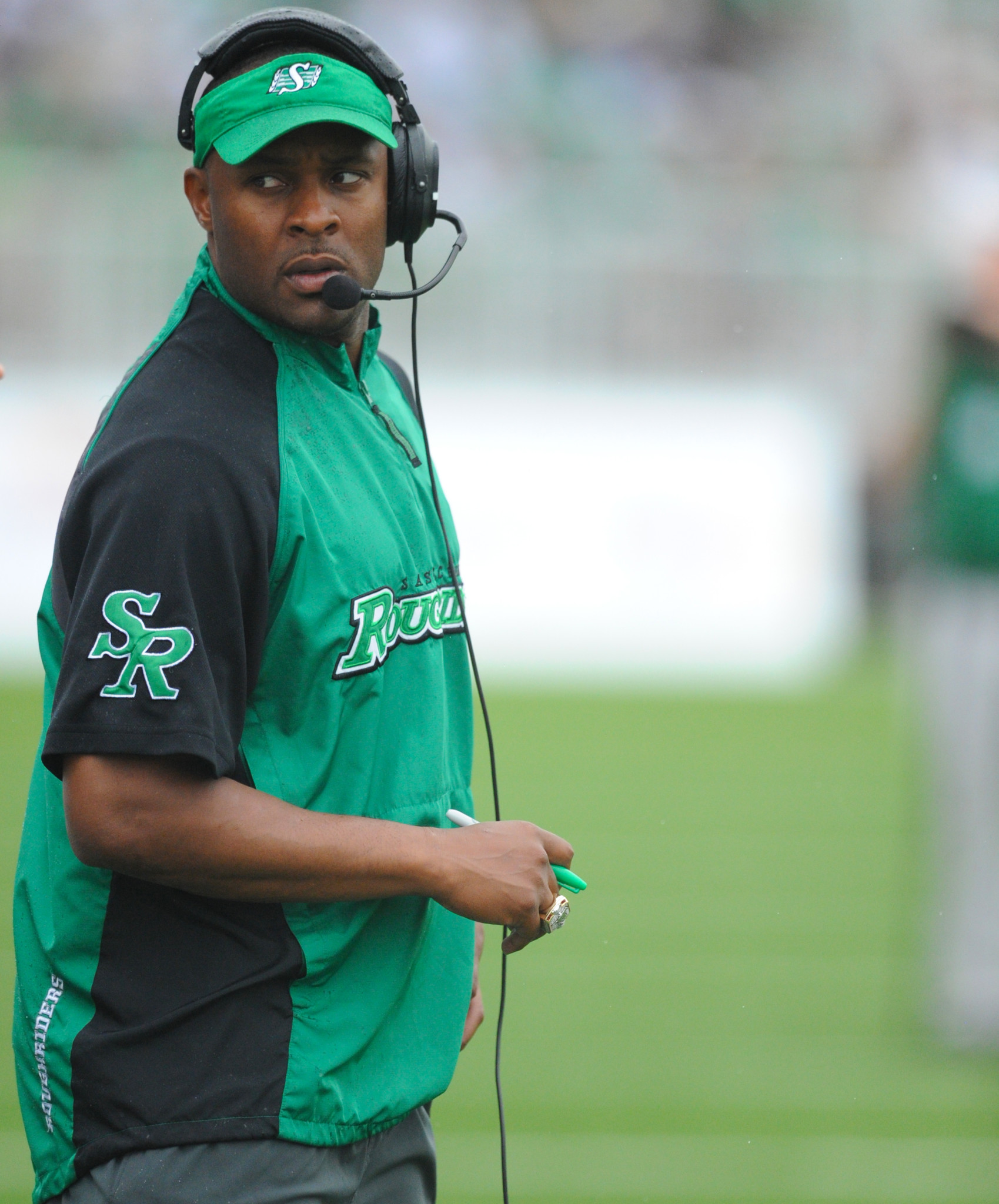 A Conversation with the Coach

The Saskatchewan Roughriders made Corey Chamblin the 29th Head Coach in team history and the youngest coach in the CFL on December 15. In his first half-season as the coach, Chamblin has led his team to a 4-5 record. Before the team started getting ready for the back half of the home and home series against the Winnipeg Blue Bombers, I had a chance to sit down with Chamblin to talk about the first half of the season and how it’s been for him personally and what we can expect in the second half

MB: The first nine games of your coaching career have come and gone and I’m guessing you would say it’s a roller-coaster ride with the way things have gone.
CC: It was an interesting first half that’s for sure. We started off with some highs and then had a definite lull, but we certainly ended the first half the way we wanted to and that was with a big win.

MB: Has your approach to what you do day-by-day changed any from what it was on day 1 of training camp?
CC: It’s changed a little, but we’ve mainly stayed the course. Each week you have to grow with what you are doing and everything is a process with us so as much as they can handle is as much as we will give them. The overall picture remains the same and that is growing into a better football team each week.

MB: Has there been a learning curve for you as a head coach and what’s the most difficult thing you have found since being a head coach.
CC: As far as the game itself, there hasn’t been a lot because I have been involved in the CFL for a while so I know the league. As a head coach though, I would say you have to make sure that you are more of a manager. You have to make sure every individual is playing to his potential and that every coaches unit is up to par. It’s really being more of a manager making sure each player and each coach are working together to make this team a good one.

MB: You knew what type of intense environment you were walking into when you accepted the job. Has it been what you thought it would be or has the passion of Rider fans even surprised you both when things were going good and bad?
CC: The thing that surprised me the most was whether things were going or going bad, there were a lot of people that would see me when I was out and about saying I believe in you, I believe in the team, I believe in Darian and that they know we’ll get this thing turned around and so on. Those are the true fans as far as I’m concerned. As for those who are up and down, I don’t consider them to be fans, but bandwagon riders. There is no doubting the passion of our fans though and their support of the team.

MB: Living in the fishbowl, have you had to change your life any because people know who you are? You don’t have the anonymity that you had in Calgary, Hamilton or Winnipeg so has it changed the way you do things when doing your day-to-day activities?
CC: I’m not an outdoorsy person anyways so I haven’t really changed a lot.  I think it’s quite nice being a head coach of this team to go out and be accessible to them—not 100 percent accessible of course, but I just want to let them know that I am just like them—I’m a citizen of this city and this province and that I’m trying to live here too and that I love this football team the way they do.

MB: You had to tear a strip off your defence after they went down 14-0 to Calgary a couple of weeks ago. Since then, they have responded by allowing just three points in six quarters of play. In retrospect, do you wish you had done that earlier as that scolding seems to have paid off?
CC: You know, it’s like anything else. You shouldn’t have to do that, and I think we’ve had some up and down things happen throughout the first half of the season. I think you just have to let them play because they have done some good things. We’ve had some total team letdowns in the first half where it wasn’t just the defence. I think that was the right time and the right place to do that.

MB: You are very intense on the sidelines, yet you’ve shown you’re very light-hearted and easy-going as well. Is it safe to assume you’re that way with the guys in the meeting room and is it tough to be that way because you want to make sure you are getting the message across?
CC: If you ask Khari Jones and a couple of the other assistant coaches, they will tell you that the guy who is cool and laid back is not the real me, but the intense guy is.  I’m able to be both guys when I need to be. I can walk both sides of the line and it just depends on what the individual needs.  Some need stern love; another just needs a pat on the back. Being the head coach of the team, I have to do both.

MB: The second half of the season begins Sunday in Winnipeg. The team goes in with a record of 4-5. In an eight team league, I would think the expectation of being in the Grey Cup is there, but is that unrealistic because of the team’s youth?
CC: Being in the Grey Cup has been our goal since Day 1. Playing the youth card would be an excuse as far as I’m concerned. We have to go out and win the next game and that is our mentality. I think we have as good a team as any in this league and that we can play with any team in this league. It’s realistic to think if we do what we need to do down the stretch and that if the guys play up to their abilities, that we have a chance at playing in the Grey Cup. That is a long ways away though and we have to concentrate on getting out of the basement first and start clawing our way to the top. That starts Sunday.

MB: Any messages for the Rider Nation as you get set to start the second half?
CC: We appreciate the support they’ve been giving us through the good times and the bad times. It’s great to have seen that stadium full for our home games and it’s been great to see the way they have followed us. I even have to say tha
t I appreciate some of the criticism they’ve given us because it has been duly noted and we understand that. I’m also appreciative of the fact that many fans—the true fans still believe in this football team and kept saying we would turn it around. We did that last week and we hope it’s a springboard to a great second half.