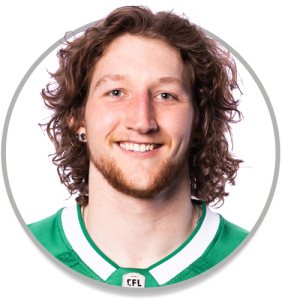 COLLEGE: He played in 16 games over three collegiate seasons at the University of Alberta. The Leduc native recorded 94 tackles, one-and-a-half tackles for loss, three interceptions, seven pass breakups, one forced fumble, and one fumble recovery in a Golden Bears uniform. In 2021 he was named a Canada West First-Team All-Star and a U SPORTS Second-Team All-Canadian. In the 2019 season, he was a unanimously named a Canada West First-Team All-Star. He previously played in the CJFL (2015-18) for the Edmonton Wildcats.