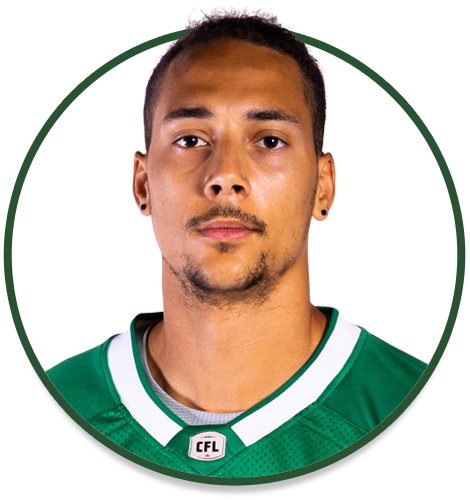 ACQUIRED: Signed with the Roughriders in August 2022.

2022: Lenius returned to the Riders in August and finished the season with 17 catches for 172 yards and a touchdown in seven games.

PRO:  Selected by the Saskatchewan Roughriders in the second round (15th overall) in the 2019 CFL Draft.  In 2019, Lenius played in 11 games  for the green and white. The 2021 season was a breakout year for the 25-year-old, who made 37 receptions for 471 yards and four touchdowns, while starting in all 14 regular-season games. He added another six receptions for 43 yards in two playoff games. He signed with the Atlanta Falcons in January 2022.

COLLEGE: Graduated from the University of New Mexico after spending the previous three seasons at the University of Washington.  Throughout his four collegiate seasons, the tight end recorded 581 career receiving yards and four touchdowns.