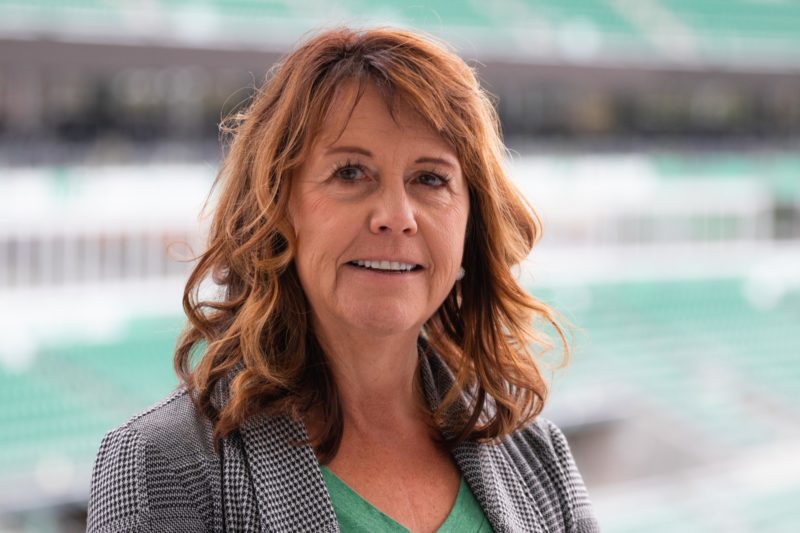 Cindy Fuchs joins the newly created Saskatchewan Roughrider Foundation as the Executive Director after dedicating most of her life to the charitable sector.

Fuchs spent the last 35 years with the Red Cross, the last 12 of which she served as Vice President of Saskatchewan. During her time at the Red Cross Fuchs was pivotal to the organization’s success creating and cultivating several partnerships in Saskatchewan and across Canada. She strengthened the Saskatchewan Red Cross’s capacity to respond to emergencies, led major capital campaigns including Pink Day and, expanded its bullying prevention and healthy relationship education and assisted hundreds of thousands of individuals affected by disaster in our province.

Before joining the Saskatchewan Roughrider Foundation, Fuchs worked closely with the Roughriders on the Imagine No Bullying campaign which brings Roughrider players into Saskatchewan classrooms to spread anti-bullying messages and teach children about healthy relationships.

In 2015, she was awarded the University of Regina President’s Community Award for the Red Cross’s response to the northern wildfires.

Fuchs is a Certified Human Resources Professional and lives just outside Regina with her husband.  She has three children and one grandchild.