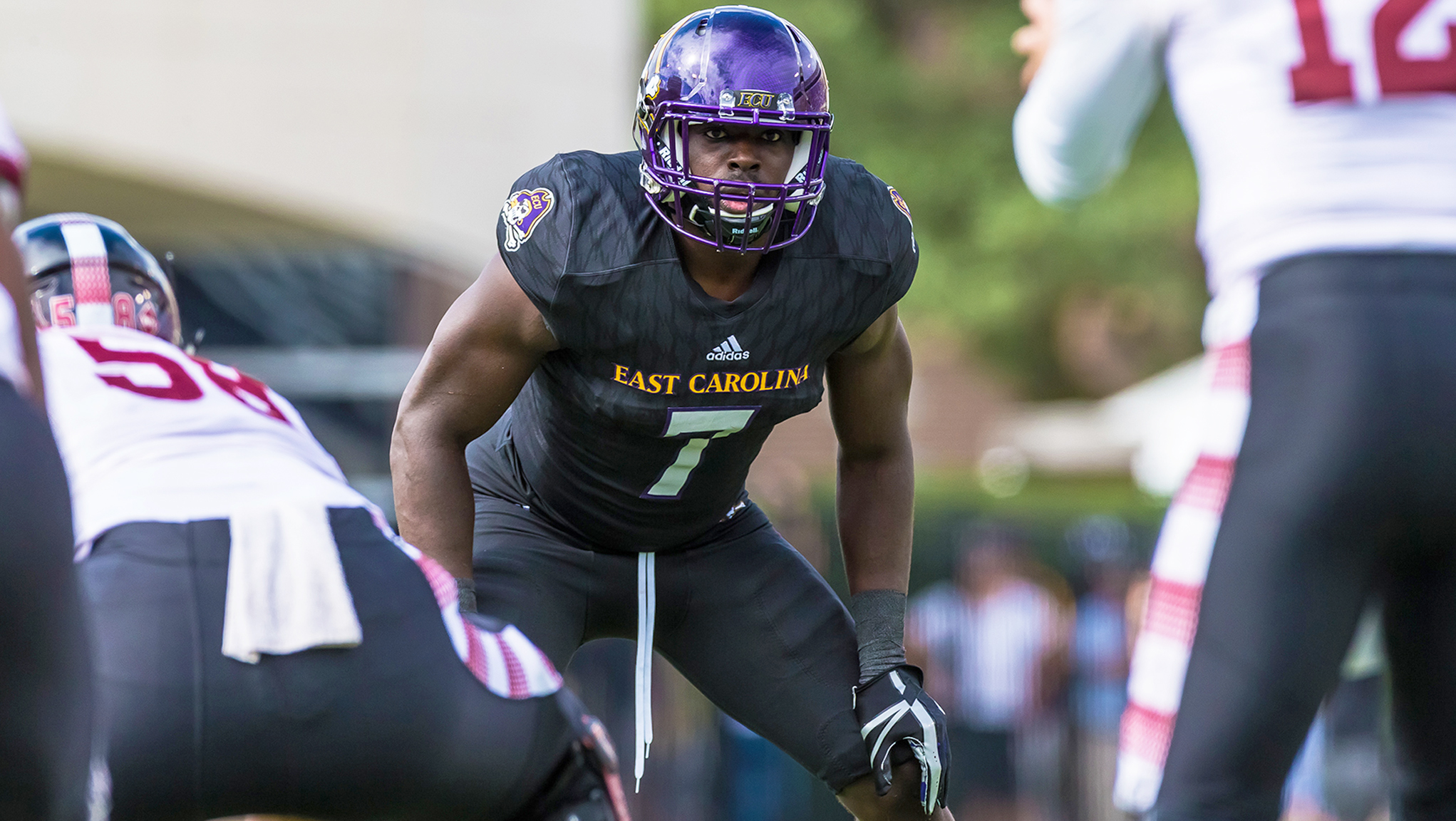 There is no better way to understand how a prospect projects in the Canadian Football League than to watch their games. Not highlight tapes, not their combine testing numbers, just games.

While everything factors into a prospect’s evaluation for CFL clubs, I love watching their games because it allows me to wonder how their game will project at the next level and which current or former CFL player their approach and style reminds me of.

With that in mind let’s take another handful of draft prospects and see who they remind me of, for comparisons sake.

Williams has an inch or so on DeSouza, who was university football’s leader in tackles in 2010, but his weight, aggression and burst to the football immediately reminded me this year of Jordan Williams.

Williams laid down an excellent Ontario regional combine and would have been on his way to the national showcase had it not been for all combines disappearing into thin air hours after he ran a 4.48 40-yard-dash at 219 pounds. Now he is one of the few, if not only CFL Draft prospects able to stand on legitimized CFL Combine testing numbers in a year where much less data exists.

DeSouza was the last pick in his draft year and that’s where the comparisons end. There’s no chance Williams makes it deep into the teens on Thursday night.

Hallett plays fast, he hits as hard as any defensive back in recent U SPORTS memory and he has a knack for finding the football.

Despite having a stockier build than Hoover, Hallett’s lower body explosion tests are exceptional and can be seen on tape several times over as he roams to the wide side and high points an interception. Many of the ingredients that have allowed Hoover to sustain in the CFL since being drafted 31st overall in 2017 are prevalent in Hallett’s game with what likely would have shown out in the national combine to be superior athleticism. Hallett’s tape is undeniably worth a Top-20 selection.

Simply put, there is no direct comparison for Dylan Giffen. His sheer size shocked me in-person at the 2019 East-West Bowl and when you see the hard numbers it’s even more staggering.

Giffen stands a quarter inch shy of six-foot-seven and weighed 350 pounds at this time last year — without any other reliable data since.

That would make him the single largest offensive lineman ever invited to a CFL national combine, but there are drawbacks to that size. His lumbering feet and minimal change of direction while getting to the second level will need improvement but like Sean Smith — who attended the 2015 Ontario regional at the same height and 330 pounds — once Giffen gets his hands firmly on you, the play is over.

A receiver with some return game skill, Dejon Brissett could be a big contributor to a CFL team down the road (Photo: University of Virginia)

Gore was a smooth route runner with top end burst and consistent hands. I see Brissett in much the same mould, while adding in some return ability and the potential to gain some size once in the Canadian Football League.

There isn’t much to watch of Brissett at Virginia but his Richmond game tape will be sure to draw a grade worthy of being the first receiver taken in the 2020 CFL Draft on Thursday.

Auclair has significantly more size than his comparison in Pruneau, but the style of play, variety of positions played and flexibility to accomplish everything from blitzing to rolling back into a deep third, jamming a receiver or spying a quarterback drew this comparison.

Auclair is a difficult projection at the CFL level but if his speed and range at free safety improves, he could add a very big national body into the run game, similar to former UBC safety Taylor Loffler.