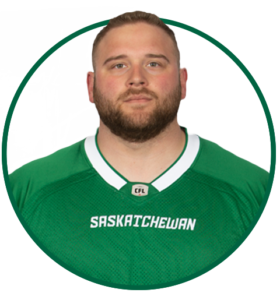 ACQUIRED: Signed with the Riders in February 2018.

PRO: Signed by the Riders in May 2012 as a territorial junior but was then selected by the Ottawa Redblacks in the 2013 CFL Expansion Draft. In 2019, Evans was sidelined with an injury for part of the season.  He played in 11 games recording four defensive tackles, one special-teams tackle and one sack.

JUNIOR:  Played his junior career with the Regina Thunder in the CJFL.  Evans was named the league’s Outstanding Defensive Player in 2011 and was also named to the Defensive All-Star Team.