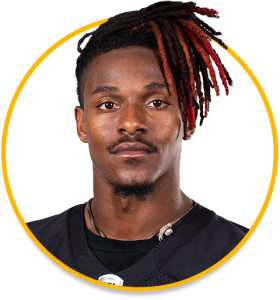 PRO: Sunderland signed with the Green Bay Packers as an undrafted free agent in 2020. He also spent time with the Indianapolis Colts and the Seattle Seahawks, playing in three preseason games in 2021.

COLLEGE:  Sunderland played four seasons of collegiate ball beginning at Oklahoma (2015-16) before transferring to Troy for his last two seasons (2018-19). In total, he played in 29 games, including eight at Oklahoma, earning 18 tackles, one interception, one tackle for loss and one pass defended. In his 21 games at Troy, he tallied 59 tackles, five tackles for loss, 1.5 sacks, five interceptions including one for a touchdown and four passes defended. As a senior, he switched from safety to cornerback and earned First Team All-Sun Belt honours. His four interceptions tied for a team-high and ranked third in the conference.