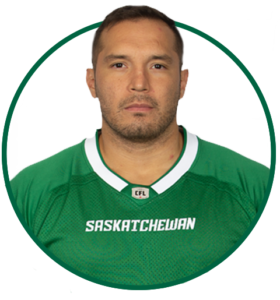 ACQUIRED: Signed with the Riders in January 2019.

YEARS WITH THE CFL: 1

PRO: Selected by the Riders in the first round of the CFL-LFA Draft with the 6th pick.  Brassea previously played for the Fundidor Monterrey of the Professional American Football League of Mexico.  In 2019, Brassea played in 17 games and the Western Final.

COLLEGE: Played for the UDLAP Aztecs, from 2009 to 2014 and won the Premier League Championship in 2010 and a two-year championship in 2013 and 2014.  Brassea represented Mexico on several occasions and in the 2015 Senior Championship where he won the bronze medal.