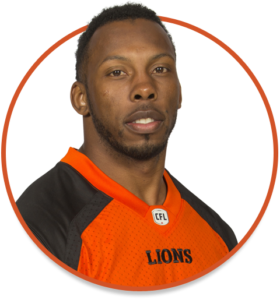 PRO: Most recently spent time with the B.C. Lions in 2018, where he played 18 games and made 58 tackles, one special teams tackle, three sacks and two forced fumbles. He was named a 2018 West Division All-Star for his efforts.  Foster played four preseason games for the Baltimore Ravens in 2017, making three tackles and one sack. He returned to the Roughriders that fall and played in three games making 11 defensive tackles. He had a standout year at linebacker in 2016, where he put up a career-high 71 defensive tackles, two special teams tackles, three sacks, one interception and one forced fumble. Prior to joining the Roughriders in 2016, Foster spent two seasons in Edmonton, winning a Grey Cup in 2015 and earning 102 defensive tackles, seven special teams tackles three sacks, two interceptions, two touchdowns and two forced fumbles.

COLLEGE: Played at Pear River Community College in Mississippi where he was team captain in both seasons at PRCC  and recorded 73 total tackles, including two for loss, two interceptions and five passes broken up as a sophomore.  In 2011, Foster joined the University of West Alabama Tigers playing in 11 games totaling 42 tackles and was named All-GSC Second Team.  That year he led the squad and the conference with four interceptions, including two in the season opener.  In 2012,  he led conference with six interceptions and was named Preseason All-GSC selection, first team All-GSC, first team and All-Super Region 2 selection.