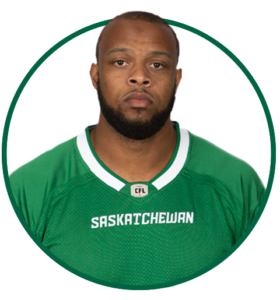 ACQUIRED: Signed with the Riders in October 2018.

PRO: Edwards spent time in the NFL signing with the Cleveland Browns, the Indianapolis Colts, the Carolina Panthers and the Buffalo Bills. He also spent time with the Dallas Cowboys, Chicago Bears, Oakland Raiders and the Dallas Cowboys. Edwards was selected by the Tennessee Titans in the 5th round (142nd overall) of the 2013 NFL Draft. In 2019, Edwards played in 10 games collecting eight defensive tackles and two special teams tackles.