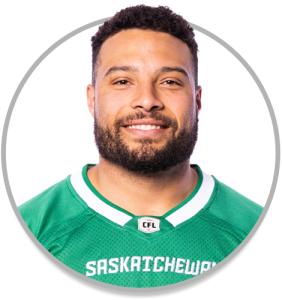 ACQUIRED: Signed with the Riders as a free-agent in February 2019.

PRO: played all 14 regular-season games and two playoff games in 2021. A reliable contributor on offence, adding pass protection when called upon, but also rushing for 43 yards and making 8 receptions for 69 yards. Returned two kickoffs for 31 yards in 2021 and made four special teams tackles. Signed a two-year extension in December.

COLLEGE: Attended the University of Manitoba and played for the Bisons for three years. LaFrance ranked fourth in the CIS with 765 yards rushing in 2014, averaged 98.1 yards per game in seven games, averaged 5.9 yards a carry and had seven rushing touchdowns.  He also served as a receiver, hauling in 26 passes for 259 yards, had 10 catches for 100 yards on Oct. 4, 2014 at Alberta.