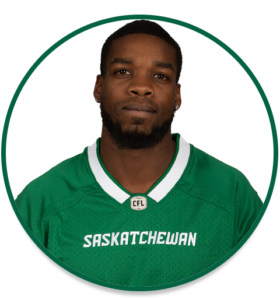 ACQUIRED: Signed with the Riders in April 2018

PRO: Re-signed with the Riders in 2019. In January 2019, Williams-Lambert signed a reserve/future contract with the Chicago Bears.  He entered the NFL as an undrafted free agent with the New Orleans Saints in May 2016.   In 2019, he rejoined the riders after spending time with the Chicago Bears during preseason and played and started in three games where he registered 57 yards on five receptions.

COLLEGE: Played four seasons at Ball State (2012-15) recording 200 receptions for 2,723 yards and 24 touchdowns in 44 career regular-season games with the Cardinals.  Williams-Lambert left Ball State ranked fourth all-time in school history in both catches and receiving yards and was tied for third in touchdown receptions.