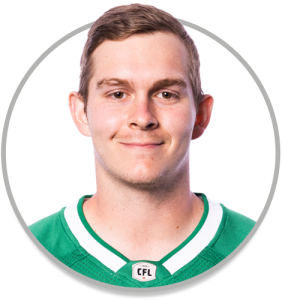 PRO: Spent three seasons with the Indoor Football League and the National Arena League. Broke a NAL record with 12 made field goals (season-long of 50 yards) while going 52-of-66 on PATs. Scored the first ever Drop kick in the league, making history. Successfully made 11 deuces and scored 111 points overall for the squad while being named second team All-NAL Kicker as a rookie. Was sent up to the Arena Football League’s Baltimore Brigade from the Cedar Rapids River Kings in 2019 after ranking first in the IFL for field goals made and field goals attempted and holding the league’s second-longest recorded field goal at 50 yards through 5 weeks. While playing for the IFL’s Green Bay Blizzard in 2021, Nell made history once again scoring the league’s first-ever successful deuce in Week 2. Prior to taking up football, he played professional Rugby in South Africa in 2017 for the Limpopo Blue Bulls in the Currie Cup Premier Division.

NOTEABLE: Began football career in North America in 2018, after growing up playing rugby for 14 years in South Africa. Nell’s first ever football game was a professional one.