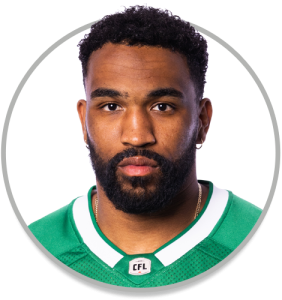 ACQUIRED: Signed with Riders in February 2022

2021: Played 14 games for the Stampeders and led the CFL with 97 defensive tackles while also adding one special teams tackle, one sack, one forced fumble and two fumble recoveries.

PRO: Sankey was signed by the Denver Broncos as an undrafted free agent in 2016. In 2017, he signed with the Indianapolis Colts and played six regular season games. From 2016 to 2019, he spent time with several NFL teams, including on the practice rosters of the Kansas City Chiefs, Baltimore Ravens and New Orleans Saints.

COLLEGE:  Sankey played in 42 games over four seasons (2012-15) at Sacramento State. He earned First Team All-Big Sky honours in his senior season after making 153 tackles (one shy of the school record). He led the conference and finished second in the country with an average of 13.9 tackles per game while also adding nine tackles for loss, three-and-a-half sacks and one forced fumble. Sankey recorded 330 tackles over his time as a Hornet including 27.5 tackles for loss, 12.5 sacks, four forced fumbles, two fumble recoveries and one interception he returned for a touchdown.