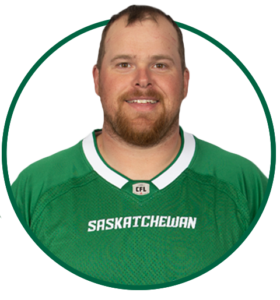 ACQUIRED: Signed with the Riders in February 2012.

YEARS WITH THE RIDERS: 8

PRO: Selected by the Winnipeg Blue Bombers in the 1st round (6th overall) of the 2008 CFL Draft.  In 2019, LaBatte played in six games this season but was sidelined for the majority due to an injury.

COLLEGE: Played for the University of Regina.  In 2007, LaBatte started in all 10 games and was an integral part of the offensive line which helped the Rams average a Canada West Conference leading 32.1 points per game.  He also participated in the East-West Shrine Game that same year and played in the East-West Bowl.