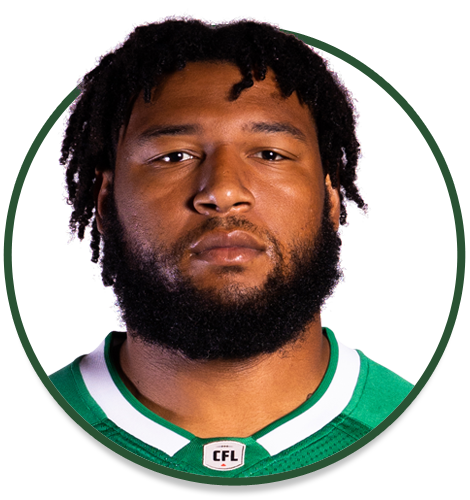 ACQUIRED: Signed with the Riders in September 2017.

2021: Missed the season due to a shoulder injury.

PRO: Vaughn re-signed with the Riders in February 2018.  He previously spent time with the Indianapolis Colts and the Buffalo Bills and entered the NFL with the Oakland Raiders as an undrafted free agent in May 2016.  In 2019, Vaughn started in 15 regular-season games at left tackle and the Western Final.