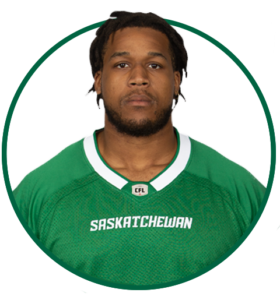 PRO: Resigned with the Riders in February 2020. Spent time with the NFL’s Oakland Raiders, Seattle Seahawks and the NFL’s Washington Football Team. In 2019, Cofield started in 4 regular-season games but was injured for most of the regular season.

COLLEGE: Played four seasons at Duke (2011-14) starting in 42 straight games at left tackle during his final three seasons with the Blue Devils. Cofield was an All-ACC selection as a senior and was invited to play in the NFLPA Collegiate Bowl All-Star game.