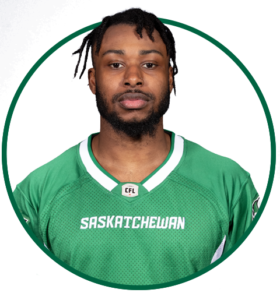 ACQUIRED: Signed with the Riders in October 2019.

PRO: Spent the 2019 preseason with the Ottawa Redblacks and later joined the Riders where he was part of the team’s practice roster. Busby resigned with the Riders in December 2019.

COLLEGE: Busby spent two years at Southeastern Louisiana University playing in 20 games recording 46 tackles, one tackle for loss and one forced fumble. He played his best game against Houston Baptist University where he made six tackles, helping the Lions beat the Huskies 62-52. Prior attending Southeastern Louisiana, Busby was at the New Mexico Military Institute where he played in 20 games collecting 38 tackles and one forced fumble in two seasons.