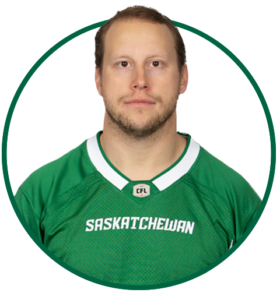 ACQUIRED: Signed with the Riders as a free agent in February 2018.

PRO: Signed with the Winnipeg Blue Bombers in February 2015.  Hurl was selected by the Saskatchewan Roughriders in the 2nd round (12th overall) of the 2012 CFL Draft. In 2019, he started in nine regular-season games registering five special-teams tackles.

COLLEGE: Played three seasons for the University of Calgary (2009-11), finishing his senior season with a total of 97 tackles and 4.5 quarterback sacks. The former Dino was named Canada West Defensive Player of the Year and First Team All-Canadian, named University of Calgary male athlete of the year and named Canada West Defensive Player of Year.