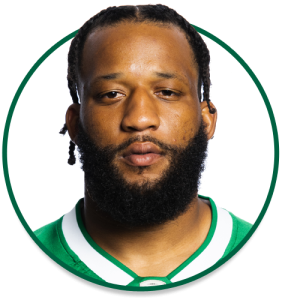 COLLEGE: Robertson spent five seasons at Texas Tech where he played in 40 games, made 227 tackles, 22 sacks, 39.5 tackles for a loss, two interceptions, one touchdown, eight pass knockdowns, seven forced fumbles and four fumble recoveries. As a senior, he led the team in tackles for a loss (13.5 tackles for 40 yards), sacks (five) and quarterback hurries (three). Robertson arguably had his best season as a junior where he was named All-Big 12 second team and AP All-Big 12 first team. He started in all 12 games that season making 81 tackles, 13 sacks, 15.5 tackles for a loss, seven quarterback hurries, three forced fumbles, three pass breakups and a fumble recovery. By the end of the 2014 season he led the team in tackles, sacks, tackles for loss, quarterback hurries and forced fumbles, leaving him sixth in country in sacks and first in the Big 12 Conference. Additionally, Robertson became the first Red Raider in the Big 12 era with a sack in six consecutive games.