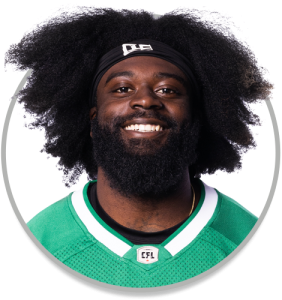 PRO: Initially signed by the Los Angeles Chargers as an undrafted free agent in 2017. Played eight games his rookie season with the Chargers, Giants and Buccaneers, making six tackles. Went on to play three more regular seasons games with the Tennessee Titans in 2018 and 2019.

COLLEGE: Spent four collegiate seasons at the University of South Florida, appearing in 47 games and starting in 41, including seven as a true freshman. Had a breakout season in 2014 when he was named the NCAA FBS statistical champion after leading the country with an average 0.55 forced fumbles per game. Collected 232 total tackles, 27 tackles for a loss, six sacks, three interceptions, five pass deflections, eight forced fumbles, and three fumble recoveries over his collegiate career.