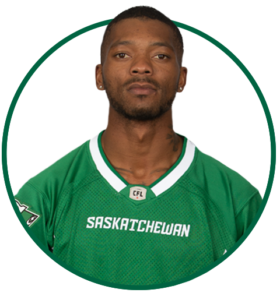 PRO: Resigned with the Riders in January 2020. Signed by the New York Jets in October 2016 after signing as an undrafted free agent with the Jacksonville Jaguars in 2015.  In 2019, Marshall started in 17 games at defensive back and picked up 39 defensive tackles, one tackle for loss and a fumble recovery and he added five interceptions for 121 return yards and one touchdown.

COLLEGE: Spent two seasons at Auburn (2013-14) where he played quarterback for the Tigers.  During his time at Auburn Marshall completed 320 of 532 pass attempts for 4,508 yards with 34 touchdowns and 13 interceptions and rushed 325 times for 1,866 yards with 23 TDs with the Tigers.  He led Auburn to the 2014 BCS National Championship Game, which the Tigers lost to Florida State.  Marshall spent one season at Garden City Community College, where he played quarterback in 2012 but began his college career as a cornerback at Georgia in 2011.