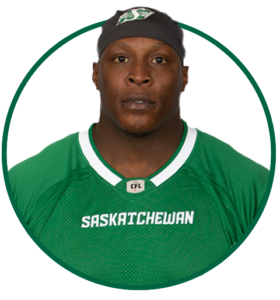 ACQUIRED: Signed with the Riders in February 2019.

PRO: Signed with the Calgary Stampeders in May 2013.  Johnson spent time with the Cincinnati Bengals, the Kansas City Chiefs, the Miami Dolphins and the New York Giants. In 2019, he played and started in 15 regular season games recording 26 defensive tackles, four sacks and three tackles for loss.  Johnson also started in the Western Final and made two defensive tackles and one tackle for loss.