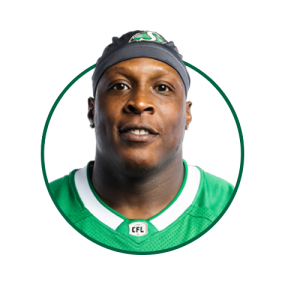 PRO: Returned to the Green and White after signing with the B.C. Lions in 2020. Spent the 2019 season with the Roughriders playing in 15 games and making 26 defensive tackles and four sacks. Prior to coming to the Riders, the 32-year-old spent six seasons with the Calgary Stampeders. Registered 184 defensive tackles, 45 quarterback sacks, two interceptions and six forced fumbles over 96 career games. Played six playoff games and three Grey Cups. Spent time in the NFL with the Cincinnati Bengals, the Kansas City Chiefs, the Miami Dolphins and the New York Giants.