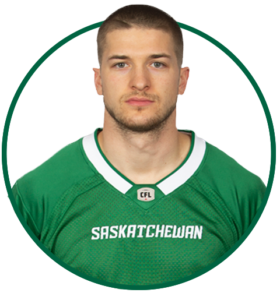 ACQUIRED: Selected sixth overall by the Riders in the 2019 European Draft.