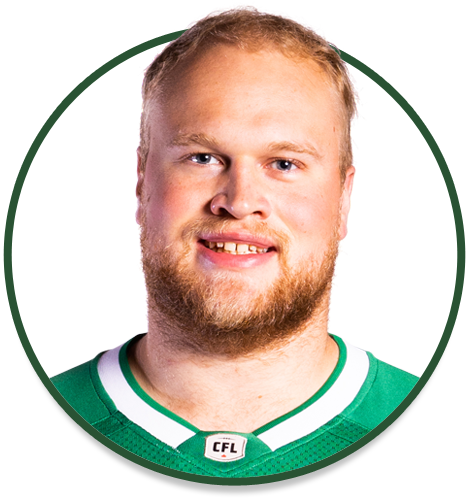 PRO: Selected by the Riders 7th overall in the 2020 CFL Draft.

COLLEGE: Spent four seasons at the University of Saskatchewan appearing in 31 games for the Huskies. Played his final season at left guard. Part of the offensive line that lifted its running back to an incredible 1,610 yards and nine touchdowns on 195 carries in 2019. Boasts an impressive collegiate career that included being named a two-time Canada West All-Star and a U SPORTS first-team all-Canadian. Played for Team West in the U SPORTS East-West Bowl in 2018. Won the Hardy Cup with the Huskies in 2017 bringing it back to the University of Saskatchewan for the first time in 10 years.