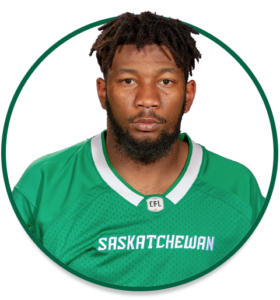 ACQUIRED: Signed with the Riders in August 2018.

PRO: Re-signed with the Riders in November 2019. Signed with the Ottawa Redblacks in February 2018 after signing with the B.C. Lions in March 2016.  He was claimed by the Seattle Seahawks in November 2014 and entered the NFL with the Indianapolis Colts as an undrafted free agent in May 2014.  In 2019, Purifoy started in 17 games recording 41 defensive tackles, six special teams tackles, two quarterback sacks, one forced fumble, one fumble recovery and three interceptions.