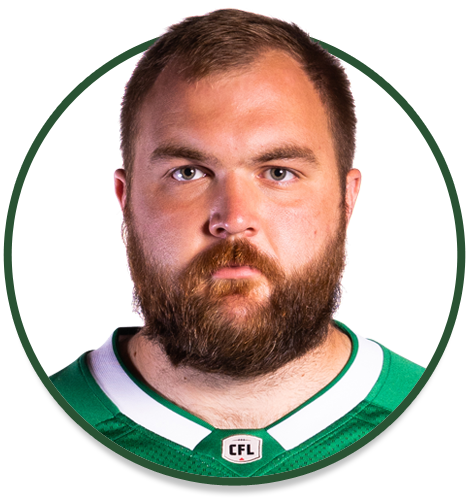 ACQUIRED: Signed with the Riders in 2021

2021: Bandy attended training camp with the Roughriders in 2021 after being selected in the fifth round, 38th overall, of the 2021 CFL Draft. He went back to school for his final year of eligibility.

COLLEGE: Played 29 games over five seasons at the University of Calgary, most recently lining up at centre, but played tackle in the previous two seasons. Named a Canada West All-Star in 2018, 2019 and 2021, and a U SPORTS Second-Team All-Canadian in 2019. Earned an invite to the East-West Shrine Bowl after that season, but it was unfortunately canceled due to the COVID-19 pandemic. Helped the Dinos win the Vanier Cup in 2019, the program’s first national championship since 1995.