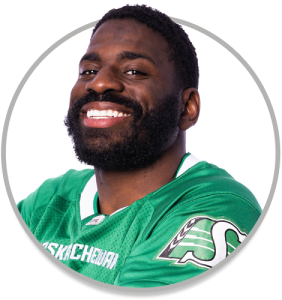 PRO: Joined the Roughriders after returning to the Hamilton Tiger-Cats in 2020. Spent most of his career with the Ti-Cats but played the 2019 season with the Edmonton Football Team. Dean has not missed a single regular season game, playing in 72 over the last four seasons. Has earned 365 defensive tackles, eight special teams tackles, six sacks, three interceptions – including one he returned for a touchdown – 16 pass knockdowns, five forced fumbles and scored a defensive touchdown over his career. Also played in five playoff games.