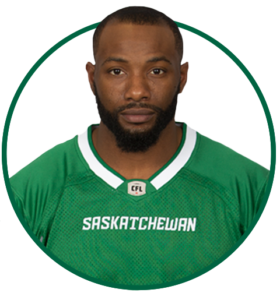 ACQUIRED: Signed with the Riders in April 2019.

PRO: Signed with the Buffalo Bills practice squad in October 2017 after signing with the Carolina Panthers in January 2017.  McCray signed with the San Francisco 49ers as an undrafted free agent in May 2014. In 2019, McCray started in 13 games recording 47 defensive tackles, two tackles for loss and three interceptions.