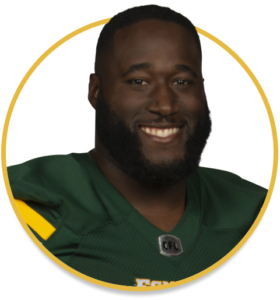 ACQUIRED: Signed with the Riders in January 2020.

PRO: Spent the 2019 season with the Edmonton Eskimos. Prior to joining the CFL, he spent time with the NFL’s New York Giants, New England Patriots and Indianapolis Colts. With the Colts, Quarles played in two games and recorded one sack.