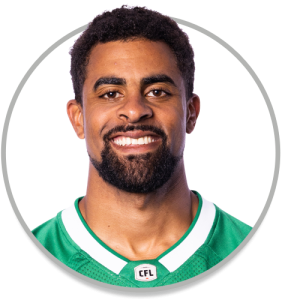 ACQUIRED: Signed with the Riders in October 2021

PRO: joined the Riders after spending time with a number of NFL teams including the Ravens, Vikings, Jets, Bills, and the Washington Football Team. He played one regular season game with the Jets and an additional nine pre-season games between 2018 and 2019, making 19 punts, seven of which landed inside the 20-yard line and a total of 760 net yards. He made five of his eight field goal attempts in the 2019 pre-season and 21 kickoffs for an average of 63 yards. In 2021, he played four regular season games for the Green and White after joining the team midseason. He recorded 28 punts for 1,287 yards, averaging 46 yards per punt. Vedvik saw action in the West Semi-Final and the West Final, averaging 35.5 yards on eight punts.

COLLEGE: Vedvik played five collegiate seasons at Marshall. As a senior in 2017, he punted 59 times for 2,597 yards and a 44.0-yard average. Vedvik made national headlines for a 92-yard punt against Old Dominion which is the seventh-longest in FBS history and the longest by an FBS punter in 45 years.